CAMPAIGNERS are demanding that footballers stop dragging their overpaid pastime into their bigotry.

Members of far-right groups have called for anyone with the ability to run quickly, project a ball or have sex with a glamour model to be thrown off marches and have their white robes confiscated.

Massive racist Wayne Hayes said: This country has a fine tradition of mindlessly hating anyone who doesnt basically look exactly like Denis Waterman and we dont need it sullied by these bunch of flash bastards.

Being incredibly intolerant used to be a grassroots, working class pursuit but its been hijacked by rich sportsmen, which sends out the wrong message to any potential young racists out there.

Its not about the glamour or the fame, its about having a deep-seated loathing of foreigners. We need to rid our movement of footballers and get back to that core message.

Representatives wearing badges featuring a picture of Stamford Bridge with a line drawn through it will visit schools, giving talks on how anybody can scream abuse about immigrants, regardless of their ability to run around in shorts.

The movement will present a petition today with 10,000 barely-legible signatures on it calling for the Home Secretary to force any racist found being a footballer to do community service in a working mens club and attend an Inactivity Awareness course.

Hayes added: “Watching football while being racist may have been acceptable in the 70s but we want to show theres no place for it in modern prejudice.

French economy based entirely on Serge Gainsbourg back catalogue 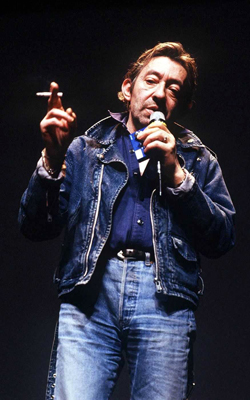 THERE has been hardly any economic activity in France since the last Serge Gainsbourg album, it has emerged.

Official statistics confirmed the priapic Galouise-scented troubadour has been keeping the nation financially afloat for two decades since his death.

“Apart from that France has sold a few hatchbacks and some croissants but nothing very meaningful.”

He said: “They must be open-minded about drugs, sex – even with incestuous overtones – and not afraid to fuse pop with folk and even reggae.”

Nikki Hollis said: “We shouldn’t be too smug as the UK doesn’t make anything except completed ‘feedback forms’ and ‘customer surveys’ which have zero intrinsic value unless you turn them into origami giraffes.”