42-year-old Wayne Hayes has heavily criticised female players, despite not having got off his fat arse and run around for decades.

Largely sedentary Hayes said: “The women are doing it all wrong.

“Yes, they appear to be running around and kicking the ball in a football-playing manner, but you can bet they are all thinking about pretty vintage tea parties rather than goals.

“They are ruining the game, and if I had the conviction or physical vigour to play sport on any level then I would show them what a man can do.

“However because of my dodgy knee, my opinions are purely theoretical. A bit like Einstein, if Einstein had some kebab juice on his shirt and only said things that he felt confident his mates would agree with.”

Men under increasing pressure to have a craft ale brewery 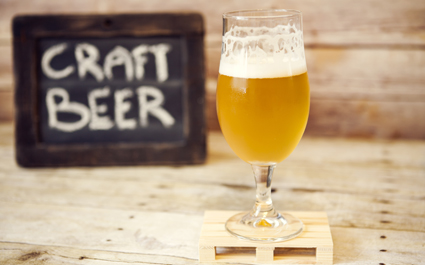 MANY men are struggling with social pressure to have their own brewery selling imaginatively named beers, it has emerged.

With 61 per cent of men under 40 now involved in artisan beer, those without brewing aptitude have reported feelings of inadequacy.

“I am a man and obviously working with beer is the dream. Also, look at those Brew Dog guys. They are on the stock market on something.

“But after investing £11k in brewing equipment I found myself unable to think of a name or a label design concept.

“At first I thought of ‘Wolf Beer’, with wolves on the bottle, but then I remember that’s the name of my cousin’s craft ale brewery. Or someone at work’s, I forget.

“I thought maybe ’Pebble Brewery’ with a picture of a pebble on the bottle. I know it’s pretty shit but it’s the best I can do.

Plumber Stephen Malley said: “I came up with a great name for my micro-brewery. Unfortunately while researching the subtle flavours of rival craft ales I became an alcoholic and forgot it.

“Now I’m too busy getting divorced and moving into a bedsit.”