Protestors outside the KC Stadium had demanded that the Liverpool board bring back the slapstick style of play that fans have enjoyed over the last few decades.

The demonstration was headed by former player and beloved physical comedy performer Djimi Traore, who managed to fall over three times and accidentally set fire to his banner.

Manager Brendan Rogers said: We rested Danny Sturridge to make sure he stopped his run of scoring goals and Skrtel continues to be the most brilliantly uncoordinated man Ive ever worked with, so it all went to plan.

Its one thing losing to quality teams like Southampton and Arsenal but if we really want to challenge for a bottom-four place we have to be having our arse handed to us by the small boys, too.

The return of Joe Allen to the side, whom fans affectionately refer to as Like if Xavi had a stroke, and the continued existence of Iago Aspas, all bode well for Liverpools future mediocrity, but most agree that Suarez needs to leave as soon as possible.

Liverpool fan Wayne Hayes said: He may be an abusive cannibal with a dubious centre of gravity near the penalty area but the way he controls the ball and makes it go in the net just isnt the Liverpool way.

I’m probably not going to hurt this dog, says Osborne 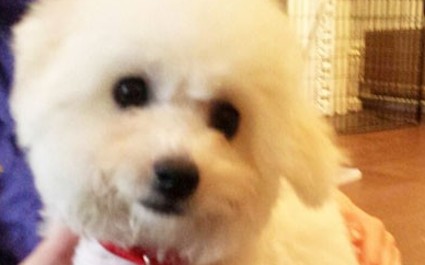 GEORGE Osborne last night revealed he has a new dog called Lola that he currently has no plans to hurt.

The chancellor said the animal would live a long and happy life because ‘Britain is a nice place full of sensible people’.

He said: “I am absolutely certain that this country’s millions of dog lovers will vote Conservative at the next election.”

Holding Lola close to his face until their noses were touching, he added: “The chances of me having no choice but to throw you in a river are negligible.”

A Treasury spokesman said: “The chancellor is a fundamentally decent person so it’s more likely that he would only pretend to hurt the dog.”