London has more stuff that I can buy, says Rooney

WAYNE Rooney wants to move to Chelsea so that he can have ready access to a wider range of goods and services. He said: “Dear Mr Moyes – As you will now be aware the shops in Manchester aren’t bad but unfortunately the Arndale Centre doesn’t have a place where you can buy a solid gold motorbike helmet which is actually a flower pot and a television.

“London does. London’s got six of them. So I would very much like to live there.”

He added: “Coleen (my wife) and I went on holiday to London once and they had this shop that sold nothing but gloves. I bought six pairs and Coleen bought nine.

“Rarely has a day gone by when we haven’t thought about that glove shop. When I’m leaving for training in the morning and I’m looking a bit sad (because of Manchester) Coleen will give me a hug and whisper ‘glove shop’.

Stressing that Manchester ‘and the North West generally’ had some perfectly nice gloves for sale, Rooney said that he would be ‘betraying himself and his growing family’ if he made do with the glove counter at a large department store ‘like John Lewis or House of Fraser’.

He continued: “I know that you are, deep down, a decent man and you would not expect me and my wife to shop at a provincial branch of Harvey Nichols for the rest of our lives.

“Also, London has a planetarium. It does my nut in. I would go there every day.” 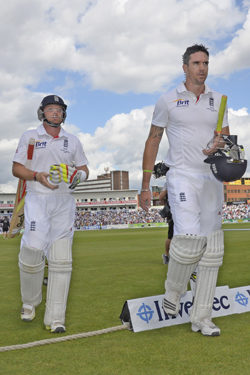 ENGLAND were sort of celebrating last night after they managed to retain the Ashes by not playing cricket. The absence of a victory followed two tests where England failed to match Australias level of rottenness and gave captain Alistair Cook his first taste of Ashes ambivalence.

Cricketologist Wayne Hayes said: I think the turning point in the series was when a front of warm, moist air off the Irish Sea met the colder ground of the North West, then hosed down Manchester for two days.

You have to be mildly impressed with the England squads ability to be based in a country with a variable climate.”

Englands lack of defeat in the Ashes has been vital in deciding definitively which is the better of the teams ranked third and fourth in the world.

The series sees England confirm their not-terribleness on the international stage as a test side. Large crowds are expected for the next test in Durham, mainly because the tickets were sold in advance.

England fans will be looking to see if Bresnan can continue his run of being alright and will be hoping that Australian captain Michael Clarke persists with using the DRS appeal system on an entirely random basis, possibly by querying the outcome of the coin toss.

Alistair Cook said: All the lads are absolutely satisfied right now and the atmosphere in the dressing room can only be described as electric blanket. That was until somebody mentioned South Africa and we all got depressed again.