Standing on the steps of Anfield, the striker deftly interwove the finest moments of Martin Luther King, President Kennedy and Nelson Mandela.

He said: “I have a dream that one day Merseyside, sweltering in the heat of injustice and oppression, will be transformed into an oasis of freedom and justice.

Only free men can negotiate. Prisoners cannot enter into contracts, and I am an unwilling prisoner of my misplaced belief that Liverpool could qualify for the Champion’s League.

“And so I say to you, Pharoah, let my people go!

The player then launched into a high-spirited rendition of The Special AKA’s (Free) Nelson Mandela, with the South African leader’s name replaced by Luis Suarez. He was joined by surprise guest Wayne Rooney, who provided improvised toasting about the horrors of slavery and every man’s need to be free.

Neither man has yet submitted an official transfer request because it would mean losing their loyalty bonus, which the Premier League has confirmed is to be renamed the Irony Bonus.

Quizzed on how he would react to Liverpool allowing him to talk to other clubs, Suarez said: I will shout ‘Free at last, free at last, thank God almighty I am free at last.’ And then I will sign a six-year contract with my new club.

An ailing Nelson Mandela, on hearing his words had been quoted by a footballer, told his family: I am ready to die now. 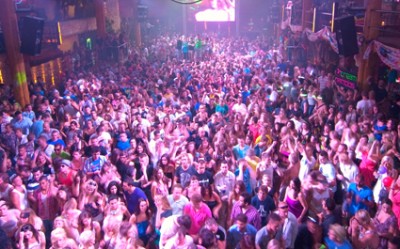 PARTY island Ibiza is enjoying a bumper season with over 900,000 morons flying in.

Club promoters have hailed the influx of morons, half-wits and imbeciles as further evidence of a global clubbing renaissance.

“Morons are the backbone of this industry because it is absurdly easy to get their cash, they pretty much throw it at you.

“I said, ‘Morons put your hands in the air!’ and they all responded obediently like the sweaty bovines that they are. Then I said ‘Morons make some noise!’ and they all mooed and bleated.

“I kind of hate my life but Jesus Christ I am making so much money, I’ve had to rent a massive yacht just to store my cash – a cash yacht.”

“Then they give me fifty quid.”

Moron Emma Bradford said: “I want to see someone from reality television playing lab rat music off a laptop in an environment where drinks are about fifteen quid.

“I am having the stupid time of my idiot life.”