MANCHESTER City captain Vincent Kompany has admitted his side was distracted against CSKA Moscow by the lack of abusive chanting.

Fans were banned from watching the 2-2 draw, meaning the stadium was empty but for UEFA dignitaries and journalists, none of whom were intending to watch the game anyway.

Kompany said: “As a Man City player, you get a real lift from 40,000 people telling you they hate you. Everyone dreams of being burnt in effigy, and we really missed that against CSKA.

“You feel really self-conscious complaining at the referee when he can actually hear you.”

Man City assistant boss Brian Kidd said: “I swore at them from the touchline as much as I could, but as usual, I don’t think they paid me any attention.”

Git of the Year 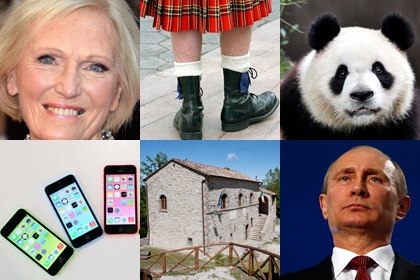 Welcome to the Daily Mash’s inaugural Git of the Year poll. It’s pretty self explanatory really. There is a list of gits and you vote for one.

Voting has now closed in the Git of the Year poll.

Did we mention that we have a book out? www.thedailymash.co.uk/random