A MAN who enjoys saying that strictly speaking football’s ‘home’ is in China has been politely asked to shut the fuck up.

Nathan Muir is contradicting anyone who claims that football is on the verge of coming home by referring to Zuqiu, the version of the game invented in Han China over two thousand years ago.

He said: “When I hear someone say that football is coming home, I ask them where in China they mean. Then when they look confused I tell them about Zuqiu and inform them that their song is inaccurate.

“Though different in key respects to today’s game, Zuqiu is recognised by FIFA as being the earliest version of football. So we should all be singing, ‘football is not coming home, because it’s from China’, or, ‘ Zuqiu bu hui Jia, yinewi ta laizi Zhongguo,’ in the correct Chinese.

“I don’t enjoy telling excited children that they are stupid, but if someone doesn’t point out the facts to them, they’ll just perpetuate this painful inaccuracy, like we’ve done since 1996.”

Muir’s friend Tom Logan said: “Nathan really has to shut the fuck up about this or he’s going to get us both killed.”

England game too personal to watch in front of anyone 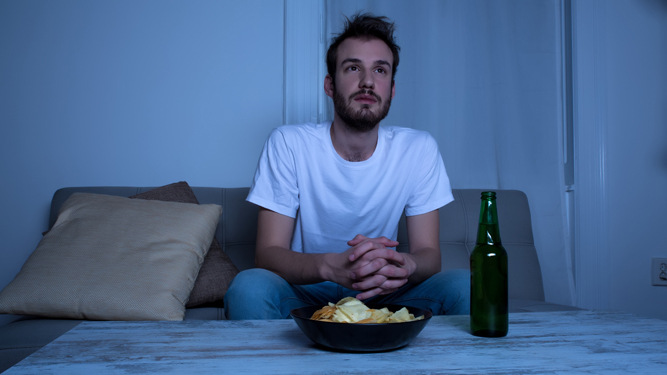 AN England fan has strongly rejected an invitation to watch tonight’s game in a pub because he can only face it alone.

Nathan Muir of Bedford explained that he would rather sit on stage at Wembley Stadium and defecate in front of 70,000 people than be with his mates from 7pm in a state of extreme anxiety.

He continued: “A pub? Where anyone might see me emotionally naked?

“I could weep, I could scream, I could suddenly realise that everything in my world is a lie. I could be returned to the womb or see my own death. And you expect me to do this in front of strangers?

“No, I will be in a fanzone of one, in the safety of my own home, with the doors locked. In life there are some paths that a man must walk alone.”

Friend Martin Bishop agreed: “The kids want to stay up to watch the game. I’ve said no. They’re too young to find out what kind of man their father really is.”