Manchester United finally appoint manager as loathsome as they are

MANCHESTER United have finally found a manager as entitled, self-important and prone to temper tantrums as the club itself.

Jose Mourinho was appointed manager today after United bosses realised their initial revulsion was only because they were seeing a reflection of themselves.

A club insider said: “Vain, egotistical, convinced the world is against them as they ignore every rule to suit themselves; it’s the perfect match.

“Mourinho’s arrogance hasn’t been remotely affected by him guiding his last club to one place above relegation, just as Manchester United still believe they’re the best club in England despite finishing fifth.

“Together they will dispute every decision, find undeserving scapegoats for every loss, and steal any talented player they choose, all the while complaining bitterly of unfairness. 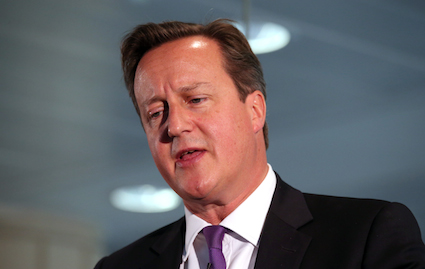 THE prime minister has admitted he is not looking forward to his next performance review after missing his migrant target by a quarter of a million.

The quarterly performance review, which is a chance for Cameron and his supervisor to discuss his progress at work, will embroil the prime minister in up to an hour of tough explanation.

“I just know that when Graham takes me into the small conference room with my performance review folder he’ll do his withering shake of the head and disappointedly put his glasses on the table.

“Thankfully it’s not one of the targets that affects my bonus, so no real harm done.”

Cameron added: “The bit I always hate is when they ask where you see yourself being in five years’ time.