FOLLOWING defeat by Manchester City, United officials are attempting to stir up a bitter rivalry with Conference North side Stockport County.

They always say youre either from the red half of Manchester or the blue half, and by the blue half we mean a small separate town around seven miles away.

We cant stand The Hatters, or whatever their nickname is.

Just the thought of Stockports Victorian viaduct makes me really angry. When we meet every 36 years or so, it gets really tasty.

United fan Stephen Malley said: I suppose I could hate Stockport. They play in blue and theyre worse than us, itll be like the good old days. Plus theyre always making hats.

Despite Archers best intentions, United received a polite email back from Stockport asking if they ever have any spare tickets for Premier League games.

93 per cent of Waterstones staff have neckbeard 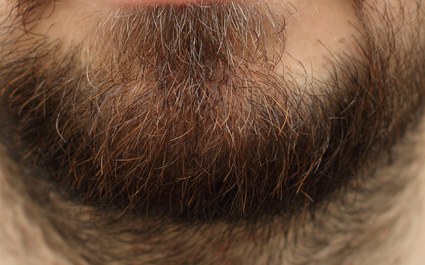 STAFF in high street book chain Waterstones have an unusually high incidence of neckbeard, it has emerged.

Researchers found that all of the store’s male employees and 71 per cent of its female staff have an unkempt beard line reaching almost from chin to chest.

Waterstones worker Roy Hobbs said: “As a sensitive humanities graduate with an extensive knowledge of Haruki Murakami books, I do not see shaving my stubbly neck as a big priority.

“Also it is unofficial company policy to recruit neckbeard owners as they are more reliable.”

He added: “Mine’s not even that pronounced, I just don’t see much daylight so my pale throat contrasts more with the hair.”