McCullums life-changing innings lasted a gruelling 13 minutes and saw him face nearly ten deliveries. He survived scares on zero and several times on one before finally bettering Martin Crowes record of two, which had stood since 1991.

He said: I wasnt thinking about making a big total. I just tried to keep my concentration, which isnt easy when youre out there for nearly a quarter of an hour.

Im trying to stay humble, but its hard to imagine a score like three ever being beaten.

New Zealand have long been also-rans in international cricket, owing largely to the difficulty of finding eleven humans in a land occupied mostly by herbivores, orcs and rugby union players.

Sham marriages better than real ones 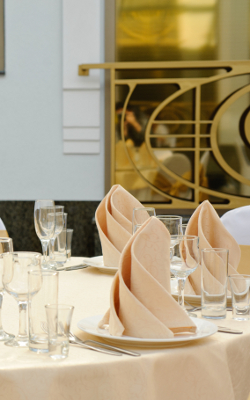 THE 7,500 fake marriages conducted in the UK are happier and more likely to last than genuine marriages, according to inspectors.

Home Office analysis showed that fake marriages not only have a solid reason to exist but that participants support each other and are more likely to have regular sex.

A spokesman said: “When we heard about weddings in Bradford where the disco didn’t drag on for hours, we knew they were fakes.

“But on examination we found the couples, who observed a rigorous schedule of shared finances and conversations about feelings to fool investigators, put our marriages to shame.”

But in sham marriages, because both parties still have something to gain, everyone follows the rules of a perfect union as exemplified by Jamie Redknapp and Louise out of Eternal.

Librarian Emma Bradford said: I married Nikos so he could stay in the UK and we get along great. We have to, because if we dont hes back to the exhausting and financially unrewarding world of goat husbandry.