GERRY McIlroy has bet the money he won on his son’s Open victory on him never winning a major ever again.

After winning £100,000 on a £10 bet made when Rory was only 15, the golfers father was straight down the bookies to put the lot on a forthcoming irreversible decline.

Gerry said: There are very few golfing greats who win major after major, and my son is definitely not one of them.

With this one under his belt hes all set to believe the hype, ignore his caddy, get the yips in his swing and throw it all away, which means a massive cash jackpot for yours truly.

Ive filled the Claret Jug with liquid ecstasy to get him started.

The bet follows the example of Kultida Woods, mother of Tiger, who won an estimated $60 million gambling on her sons career.

She said: I did an unusual two-way accumulator: I bet hed win 14 majors before he was 32, and then that he wouldnt win any after that.

2009 was a very nervous year because it looked like hed been trained too well, but thankfully it all fell apart on schedule. 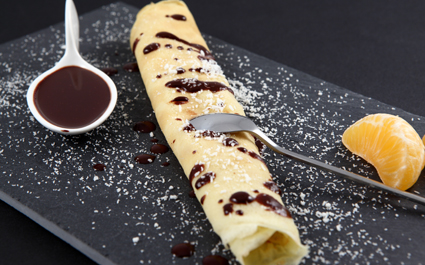 NO diner prefers a slab of black rock to a plate, chefs have been informed.

Food eater Tom Booker said: “Everything about slate is wrong. Chefs should know that I never want to eat something that looks evil.

“I think plates work really well, I like the combination of a flat clean surface with the raised edges that are vital to sauce retention.

“Best of all they do not make the noise of a dragster braking when cutlery is dragged across them.”

Chef Stephen Malley said: “Being a chef, I am a completely unreasonable human being so I don’t give a shit what anyone thinks about my slates.

“I really like The Flintstones, which influences how I present my food.”