Ozil still trying to get hands on World Cup

ARSENAL midfielder Mesut Ozil has not yet been able to touch the World Cup.

After Germany’s victory over Argentina last Sunday the trophy was passed along a line-up of the team’s players, but Ozil didnt quite get into the right position for his turn.

While teammates Thomas Mueller and Mario Gotze played around with the cup until they became slightly bored of it, Ozil pleaded to have a go but was drowned out by the PA system.

Trophy minder Wayne Hayes said: He’s still trying but never seems to be in the right place at the right time, even at yesterday’s private cup-touching session that we organised out of sympathy.

On a couple of occasions youd have sworn that any semi-coordinated human being wouldve been able to take the chance to grab it, but it wasnt to be.

I feel bad for him because hes now back at Arsenal and certainly wont be going anywhere near a trophy there.

Many of the players wives and girlfriends, German chancellor Angela Merkel and even Rihanna have been pictured holding the trophy and in each case Ozil is visible in the background, looking bird-like and morose. 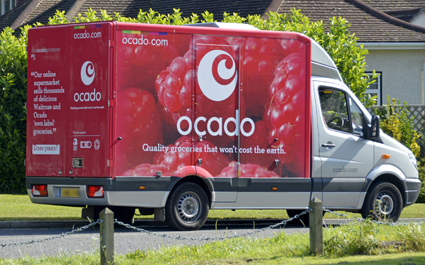 THE arrival of an Ocado delivery van outside a suburban home has aroused strong interest among neighbours.

Residents of a Birmingham cul-de-sac reported seeing the Waitrose-associated vehicle pull up at 5.44pm last night.

The driver then alighted and knocked on the door of house number 44 to deliver four large plastic containers containing upmarket groceries.

“Apparently they had avocados, granola and two packets of asparagus. Very nice if you can afford it. Very nice indeed.”

“Of course I wouldn’t want it myself. I prefer a good honest working class supermarket like Morrison’s.