MILLIONS of men are making unconvincing attempts to show off their boxing knowledge.

Thinks Rocky was a real person

The resurgence in the testosterone-packed sport, coupled with fitness classes where desk workers hit a bag until they feel a bit tired, has led men to try to capitalise on their limited grasp of boxing history and technique.

Sales administrator Julian Cook said: Ive been into boxing since it was Mike Tyson and the other people who Mike Tyson used to fight.

He was really good at right hooks and other types of punching. Overall he was just a classic puncher.

This other guy stepped in to say hed seen Joshuas fight against Michael Sprott.

I threw a couple of Muhammad Ali quotes at him and then hit him with the ‘Sugar Ray fighting the German guy during the war’ story.

But then he blocked my Sugar Ray Robinson story and landed with ‘It was actually Joe Lewis who fought the German guy’.

With round one over we retired to opposite corners of the room to look up more boxing facts on our phones.

Warmest year on record except in hearts 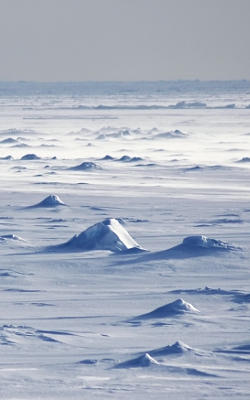 BRITAIN has enjoyed the warmest year for two-and-half centuries except in its inhabitants cold, hateful hearts.

Global warming has increased the average temperature across the country, with Scotland snow-free and Buddleia blooming in Devon, but can do nothing about the infinite frozen tundra of our souls.

Helen Archer of Mansfield said: It is very unseasonable weather, which is a shame because the only thing that gives me a warm glow is scroungers on benefits suffering in the cold.

Without the thought of them, electricity cut off, door kicked off its hinges by a bailiff, huddled together under a blanket shivering, Christmas wont be Christmas.

Bus driver Norman Steele agreed: This warm weathers probably whats brought all these asylum seekers over from Iran or Sri Lanka or wherever else runs a despotic regime that commits atrocities against its own citizens.

Well, I got bullied at school and you didnt find me running off to another country. They want to go back there and take their medicine.

Dr Henry Brubaker, of the Institute for Studies, said: A surfeit of carbon molecules are causing the earths temperature to rise, while a surfeit of envy, hatred, and jealousy are causing an empathy freeze deep inside ourselves.

Both processes are irreversible and will lead to the extinction of humanity. Which, speaking for all those other bastards, is exactly what they deserve.