BEING beaten by Britain in a military conflict is the secret to winning the World Cup, it has been claimed.

Finalists Germany and Argentina have both been defeated by Britain in wars, a blow which may have spurred them on to sporting success.

Similarly, in 1982, Britains forces ejected Argentina from the Falkland Islands. Four years later, in 1986, Argentina lift the trophy. With Germany as finalists, wouldn’t you know.

Humiliation on the battlefield at the hands of Tommy Atkins seems to act as a great motivator to these nations.

“Italy, theres another one.

“Because Britain is directly responsible for these nations’ sporting triumphs, it is entirely fair and legitimate to say that whenever they ‘win’ we are the real winners.”

Logan believes that perpetual World Cup bridesmaids such as the Netherlands could take a leaf out of Germany and Argentinas book.

He continued: Fabricate a pretext, stage a seaborne invasion of the Yorkshire coast only to be briskly annihilated by our troops, and you watch within the decade theyd be World Cup winners if Afghanistan or Iraq havent pipped them to it.

Its just a shame we havent had a civil war in a while. Otherwise we might score some goals too.” 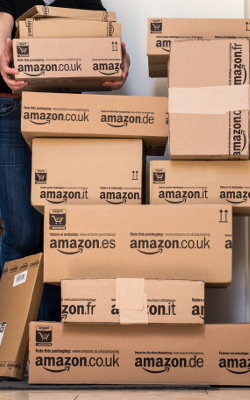 GOVERNMENT agencies have been advised that 98% of internet traffic is breasts and shopping.

As emergency powers to outlaw all forms of privacy just in case are handed to Parliament, communications experts have warned that theyll regret it.

Snooping on the publics internet use sounds thrilling, but you soon discover that youve ploughed millions in technology and training into watching someone else read their Groupon offers.

Anyone with radical left or right-wing views can be tracked not by reading their private email, but by reading the Wake up sheeple comments they openly leave under news stories.

“Also, we have to know why people who bought 75-inch yoga balls also bought the DVD of Friends With Benefits and a book about alpaca farming.

Its a matter of national security.