JOSE Mourinho has queried the quality of officiating at this years Chelsea Flower Show after his foxglove-dominated garden came second.

Renowned for his pragmatic yet effective horticulture, Mourinho had intended to win the coveted Best In Show prize but his carefully constructed flower beds finished second to Manuel Pellegrinis hastily yet expensively assembled garden.

Mourinho said: Of course I have to congratulate Pellegrini, his vibrant lupin-strewn planting was world class. But sadly its another flower show that has been ruined by poor decisions from the officials.

My foxgloves really dominated and maybe if just one or two of our electric blue anchusas had been recognised things wouldve been different.

I hate to have to mention the officials, but everyone could see that Pellegrinis Japanese-influenced amelanchier tree, while aptly placed and delicately pruned, was clearly infringing on my frothy Deschampsia cespitosa.

Its no more than I expected though, my herbaceous perennials have been getting no protection all season.

At least Mourinho had a better day than fellow gardener David Moyes who was looking after Sir Alex Fergusons usually successful entry but could only finish seventh after many of his best flowers wilted due to being poorly positioned.

Osborne's cat is a cat whore 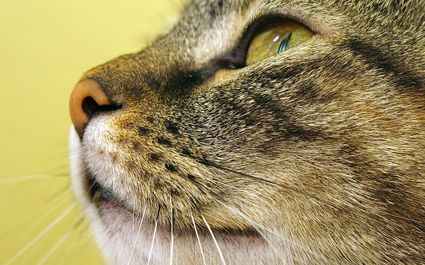 THE Chancellor of the Exchequer’s cat has been charged with soliciting after being found in a red light district.

Freya, a five-year-old tabby, was arrested after jumping onto the lap of an undercover police officer and offering an array of lewd acts.

Prostitute Emma Bradford said: “She’s out day and night looking for punters dressed in that denim miniskirt, shaking her tail at traffic.

“Apparently austerity begins at home in Downing Street, and she gets no more than one bowl of dry food a day.

“She’ll do anything literally anything for a pouch of Felix.”

George Osborne said: “Freya was merely out for a midnight walk to clear her head when police officers jumped to the wrong conclusion.

“She is not a feline whore, and rumours that I demand 80 per cent of her earnings are false and libellous.

“Now, if you’ll excuse me, I got to teach that nasty kitty a few lessons to learn.”