FORMULA 1 bosses have been urged to make their multi-million pound cars slightly more adaptable than a 10-year-old Nissan Micra.

As Jenson Button pointed the remains of his car over the finish line before anybody else in the Canadian Grand Prix, many viewers wondered how several billion pounds worth of design had struggled so much to cope with the average road conditions of Manchester in July.

Ferrari boss Stefano Domenicali said: “While I realise that our racing cars might not have a decent cup holder due to weight considerations, I would hope that after spending the GDP of Burkina Fasso they might be able to turn the odd corner when there’s enough water on the road to drown a millipede without hurtling themselves over a crash barrier or just bursting into flames.

“In fact, by now I’d really expect them to generate their own microclimate which not only dried the track around them but also encouraged the driver to change into his shorts by the time he’s finished the race.”

Footage from yesterday’s race is already being pored over by Hollywood producers who believe it could be invaluable in their upcoming reboot of Harold Lloyd and the Keystone Cops Go Ice Skating.

F1ologist Wayne Hayes said: “It’s difficult to hear over the sound of the engines and Lewis Hamilton voicing his opinion of Button, but in the background you can actually hear the cars generating the noise of swanee whistles and trombones.

“While all eyes were on Button’s dramatic not-suddenly-forgetting-how-to-drive-like-Vettel-did, at the back of the race you can clearly see the last car crossing the finishing line with 37 old-fashioned policemen clinging to the sides of it.”

Schools to teach celebrity romance instead of climate change 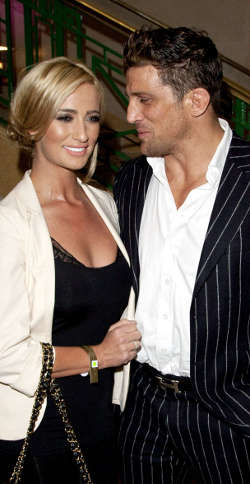 SCHOOLS in England and Wales will ditch climate change lessons for a greater focus on the two week romances between D-List celebrities.

A major review of the curriculum has recommended that climate change be removed from the syllabus after it was confirmed it is nothing more than a topical news story.

Review chairman, Tim Oates, said: “Climate change is a transient thing that drifts in and out of the daily news agenda, whereas the scientific consensus is that celebrity romances that last a fortnight are a constant, unwavering fact of life.

“For instance, if everyone stopped talking about climate change it would simply cease to exist.

“Whereas crudely manufactured celebrity romances would continue to be intensely relevant to our day to day lives even if no-one talked about them at all. As if that was even possible!”

From next year the study of how greenhouse gases such as carbon dioxide and methane can trap thermal radiation in the earth’s atmosphere and lead to gradual changes in weather patterns will be replaced by a weekly assessment of whether a woman who lived in a house with some other people is really in love with a man who lived in a jungle with many of the same people.

Oates added: “We need to get back to the science in science. We have believed that we need to keep the national curriculum up to date with topical issues, but Hollyoaks, Corrie and Essex-based scripted reality don’t date.”

The review has also recommended that history teachers bypass Neville Chamberlain and the politics of appeasement in favour of why Joe McElderry beat Olly Murs in the 2009 X Factor final when Murs was widely regarded as the better vocalist.

Professor Henry Brubaker, of the Institute for Studies, said: “It is often claimed that the curriculum, and science in general, have become far too politicised. Luckily that claim is always made – without exception – by people whose sole purpose in life is to win political arguments.

“And that’s what makes it the most credible claim in the history of the universe.”