Murray dangerously close to not having won Wimbledon

ANDY Murray is now just two early grand slam exits away from not winning Wimbledon in 2013.

As the Scottish tennis player let Britain down in the fourth round of the US Open, the country warned that its memory was getting a bit fuddled.

Martin Bishop, from Stevenage, said: “The Wimbledon victory, if it even happened, was supposed to herald the ‘Age of Murray’. That was the deal.

“But since then, not only have you reverted to being a typical British tennis player, you have become more like a typical Scottish footballer.”

Bishop added: “Win all the time or we will start to confuse you, quite deliberately, with Tim Henman.

“That is not a threat, it is a promise.”

I don’t want or need this and I hate myself, says purchaser of bread maker 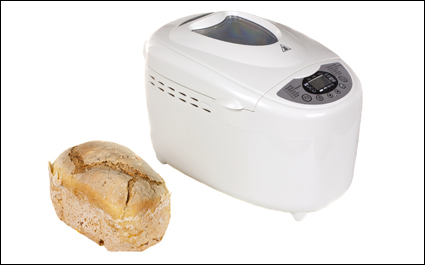 THE new owner of a bread maker is considering taking the machine into the garden and smashing it into a million pieces.

31-year-old Tom Logan bought the £199 bread making device without really thinking about it.

He said: “My brother-in-law had one and spoke very highly of it. Apparently there’s nothing like the smell of fresh bread in the morning.

“But the way he said it, looking back I don’t think it was entirely sincere. It was just like he was repeating a popular, uncontroversial opinion without any real belief or feeling.

“I don’t even like eating bread especially, it’s a bland dietary relic of the dark ages.”

Logan’s lack of interest in his new purchase is such that he cannot bring himself to read the instructions.

“I want to put the bread machine outside and hit it with a plank again and again and again, then run off to live in a forest away from all the people and shops.

“But I won’t do that. I’ll just make some bread, and when people come around I will tell them that there is nothing like the smell of fresh bread. Then we will drink some wine and talk about houses.”

He added: “Bread is so cheap in the supermarket.”