After a whisky fired into space was said to have aromas of rubber and smoked fish, distillers are focussing on doing more stupid things to get money.

Whisky merchant Roy Hobbs said: “I have a barrel of Speyside which has had a kilt soaking in it for the last three years. The kilt helps ‘reconder the phenaptols’ in the whisky. Two words I just totally made up.

“I’m hoping it will pay for a summer house in France, where they drink real booze made of fruit.”

Whisky was originally invented in China as a more stable version of gunpowder, but was taken up as a drink by the Scots in the 15th Century as a form of suicide to avoid capture by the English.

With ‘space whisky’ expected to sell at 50 times the price of its earth counterpart, distillers are now strapping barrels to a goat, having an old woman shout at them and making them with water extracted from ‘haunted’ peat.

Hobbs said: “It’s just plants and water mashed up in a big vat.” 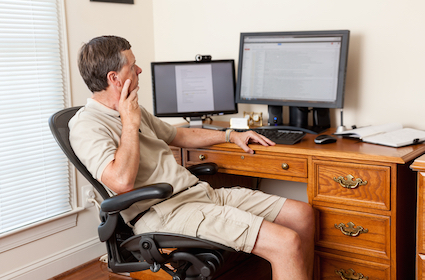 A MIDDLE-AGED father of two is obviously enjoying becoming an ‘expert’ on internet dangers.

Tom Logan’s fascination with a new government website for parents about online predators is making his family suspect it may be the one thing adding excitement to his dreary life.

Daughter Sam said: “Dad’s learned all this internet jargon like ‘ASL’ and ‘zerging’ which he thinks makes him sound dynamic, but actually just makes him sound like Theresa May.

“He thinks he’s equipping himself with the knowledge to battle dark forces on the web, so I haven’t got the heart to tell him it’s mostly just teenage boys hoping daft girls will show them their tits.”

Wife Emma said: “I think Tom has strangely empowering fantasies about being some sort of cyber-vigilante. He keeps watching Death Wish and The Lawnmower Man and our sex life has ‘improved’.”

Logan said: “The internet never sleeps, so you have to be vigilant 24/7. Or I suppose I could just unplug the router and give the kids some shitty old Nokias.”