TOTTENHAM Hotspur players will line up in 2014/15 wearing a long shirt that barely covers their groins, it has been revealed.

The lack of shorts has caused some consternation among fans, but the club has defended the design as a crucial money-saving measure.

Chairman Daniel Levy said: “These new kits represent a 30% saving on shiny polyester costs, funds that we can use to buy yet more central midfielders who aren’t as good as Luka Modric.

“Plus, Spurs players will experience less wind resistance and chafing, which will give us the edge over teams who merely wish they could experience a soothing breeze around their inner thighs.”

Tottenham fan Tom Logan said: “All my mates laughed at me when I turned up for a kickabout in the new kit.

“Although they laughed at me last season too, so it might be less to do with the lack of shorts and more the whole Spurs thing.”

Levy added that any players concerned about the lack of modesty afforded by the new kits could simply wear a pair of official Tottenham Hotspur pants with ‘Le Coq Sportif’ emblazoned across the crotch. 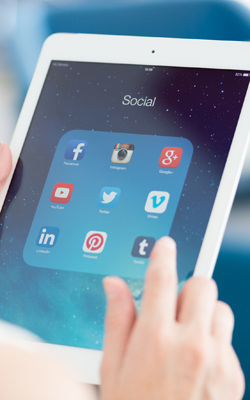 FALLING iPad sales have confirmed that the computer fad is now over.

Users say the novelty of computers has worn off, and they will soon go the same way as earlier crazes like go-faster stripes, Beanie Babies and deely boppers.

Office worker Donna Sheridan said: Writing letters on a typewriter, correcting the mistakes with Tippex, putting them in an envelope and taking them to the post office is a lot simpler than fiddling about with a mouse.

Computers are an interesting idea, but now my companys got rid of them I just get out my pack of playing cards and have a game of patience whenever Im at a loose end.

Teacher Tom Logan said: I much prefer buying printed pornography, because you get that human interaction with a newsagent.

I was a bit concerned about giving up Facebook, but now I just phone people twice  once to have a conversation then a second time to say I liked it.

Interest in computer games has also waned, with gamers now preferring play-by-mail strategy games based on the administration of medieval kingdoms.

Gamer Wayne Hayes said: The anticipation of waiting two weeks for a letter to arrive telling me whether sword production is up or my crops have failed is more exciting than anything in Battlefield 4.

If I just want a quick coffee break game, I go and throw frozen chickens at a pile of pig carcasses and wooden blocks in my back garden.