ONCE-A-YEAR gamblers have yet to hear anything of last year’s Grand National flutter, insisting it may still be on the final furlong.

It is estimated that a quarter of the adult population will bet on this year’s race, with the average gambler losing track of their horse within 20 seconds of the start.

Tom Logan, of Warrington said: “My horse was definitely there, but the commentary was too fast.  I haven’t heard anything for the last 11 months.

“It’s looking like it didn’t win outright, but I won’t give up on Twirling Magnet until I see his lovely face. He may just be playing the long game.”

Grand National organiser Bill McKay said: “There are hundreds of horses running tomorrow, all pretty much identical, so in truth we’ve got no idea where half of them will end up.

“Horses are intelligent, powerful animals. They’re not going to be bossed around by a little man with a whip.”

Pellegrini safe from sack for next hour and 18 minutes 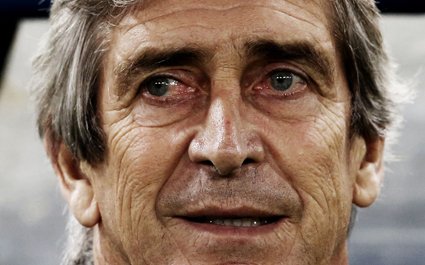 MANCHESTER City manager Manuel Pellegrini is safe in his job until at least 12.53pm today, the club’s owners have confirmed.

The manager, under fire for poor results, has been given until the end of this morning’s training session to turn things around.

A spokesman for owner Sheikh Mansour said: “We have full confidence in Pellegrini, otherwise we would not have released to him the £4,717 for today’s lunch order.

“And we have not interviewed any other candidates for the position, noting the use of the past tense which covers us for ongoing interviews not yet concluded.

“Press conference in the centre circle of the pitch at 1pm. Expect a helicopter.”

Insiders believe that the club has hired Pep Guardiola, Jurgen Klopp and Carlo Ancelotti each to manage the club solo, with mirrors and sliding doors used to conceal them from each other.