ANDY Murray’s ridiculously successful parallel universe counterpart has told the tennis player he needs to get back out there and smash it.

Parallel universe Andy Murray, who was visiting our plane of reality to promote his book Man of Total Awesomeness, won Wimbledon five times this week in his dimension, then married Mila Kunis in his own Carribean diamond mine before jetting off to win the car racing at Silverstone and open for U2 at Wembley.

The cool other-reality counterpart had tough words for the Andy Murray resident on our plane of existence, who has spent the week watching Loose Women and eating Maltesers.

He said: Your universes Andy Murray needs to be more like me than he already is.

Did I give up, that weekend I discovered the solution to Fermats last Theorem? No I did not.

Shaking out his long, flowing locks whilst casually hooking a thumb into the belt of his leather trousers, parallel universe Andy Murray went on to recount the phenomenal successes hed enjoyed at tennis back in his home dimension, where he has won Wimbledon nineteen times since the age of six.

Asked if he had any further advice for his our-universe counterpart, Murray simply said that Murray should simply apply himself to the game and never give up.

He said: Perhaps then he/I can join the true immortals of tennis, who are, in my dimension, me, Sue Barker,  Deeper Blue, John Virgo, and Barry White.” 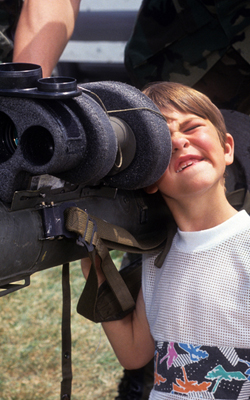 UNPAID workers at the Olympic site will be given surface-to-air weapons and asked to look out for anything suspicious, it has been confirmed.

Volunteers are to be handed portable rocket launchers after it emerged that the government’s security contract only converted half a dozen alsatians and a rubber ink stamp for people wanting re-entry.

Lord Coe said Weve got very little time before it all starts so were just going to sit four thousand volunteers in front of a few training films like The Expendables and Die Hard II.

“To save on costs, they will also be encouraged to bring their own weapons from home, like knives. Or forks.

As a rough rule of thumb were telling them to attack anyone with a rucksack just to be on the safe side, and if they see a plane fly over the area theyre to shout Scatter! at the top of their voice before opening fire. Luckily the rockets are easy to use because they’re heat-seeking.

“Thinking about it, that probably means we should move the burger stalls out of the main arena.”

A small amount of heavy artillery has been issued to a handful of volunteers who are particularly good at Call Of Duty: Modern Warfare 3 and they will be deployed at the top of the Olympic Orbit Tower next to the fridge magnet concession.

Coe added: Once in a lifetime occasion. Amazing spectacle. Showcase for Britain. Under budget. There, will that do?