MANUEL Pellegrini has confirmed that Manchester City can stick the League Cup up its backside.

Following the club’s win over Liverpool Pellegrini said: “I am delighted for me, obviously, but the rest of the club can go take a jogging fuck at a rolling bin for the next thousand years.

“This applies especially to the players, who showed today that they can do their £100k-a-week job when the mood takes them, and not just once their boss has been given his P45.

“Now if you will excuse me I’m off home, I have some people viewing my house, which I am having to sell due to those horde of arseholes I just mentioned.”

Meanwhile, the trophy cabinet of the Etihad stadium has been extended by 3,000 square feet in anticipation of Pep Guardiola’s ascent from heaven.

Pellegrini added: “I wish Pep all the best in his two and a bit years at the club before they decide he’s also too small for them and they want Jesus or Godzilla instead.” 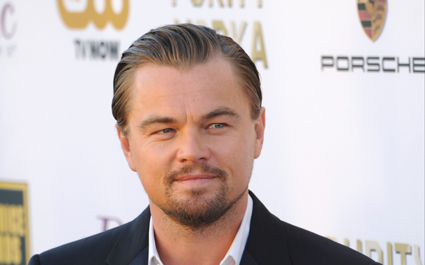 DOCTORS are fighting to remove the smug half-smile from Leonardo DiCaprio’s face, it has emerged.

The Best Actor Oscar winner called an ambulance at 5am after being unable to return his facial muscles to a neutral position.

Surgeon Tom Booker said: “Years of looking pleased with himself have caused Leo’s face to lock into an expression of extreme self-satisfaction.

“It’s very painful and although the face says ‘I really am the shit’ if you look closely you can see the cold terror behind his eyes.”

Doctors are using a combination of deep tissue massage and telling him the The Great Gatsby was really quite poor.

Booker said: “Leo seems to have a charmed life of having sex with models in a massive house full of gold trinkets. But all he really wants is the ability to do the pissed-off facial expression of a normal person opening their fridge to discover there’s no milk.”