YOU have to pay to get into football matches, according to new research.

The Institute for Studies found that every senior club in the country charges an admission fee while some fans even pay for lots of matches at the same time.

Professor Henry Brubaker said: “Initially we wanted to study the attraction of football as a leisure activity, beyond the fact that it was free to get in.

“We turned up at Southampton and noticed there was money being handed over. I wondered if perhaps it was a bureau de change.

“When the club chairman explained it to me, I was like ‘no, surely not’. He said fans had been paying for tickets as long as he could remember and I was like, ‘are they mentally ill?’.

“Anyway, we then phoned every other club in the country and, to our horror, every single one confirmed that they charge people to get in.

“And then we found out about ‘season tickets’. Fucking Nora.” 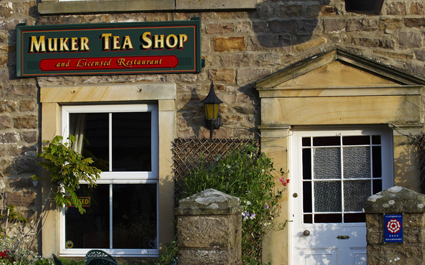 STARBUCKS is being crowded out of the UK market by the ruthless business practices of quirky local tearooms.

The coffee chain said it failed to make a success of its UK operation because every time it opens a branch, some filthy hippies or a group of divorced women immediately set up shop next door.

“They outmanoeuvre us at every turn, constantly forcing us to open new branches and put our prices up.”

Engskov said the company would continue to pay very small amounts of UK corporation tax until the government broke the stranglehold of tearooms that have an old piano in the corner and jugs of home made milk.

Margaret Gerving, chairman and chief executive of the Rose Petal Tearooms in Guildford, said: “The hot beverage market is like the Serengeti. I am a cheetah and Starbucks is an ageing wildebeest. I will feast on them.”

Julian Cook, finance director of the Ashram Cafe in Finsbury Park, said: “We are continually amortising all our non-core stock while carrying prefabricated losses forward into the next fiscal window.

“If Starbucks can’t keep up then maybe they shouldn’t be in business. As Ghandi said ‘do you have change for the person I’d like to be?'”

Meanwhile, Britain has rallied round Starbucks and offered to chip-in for a big card that says ‘Why don’t you just fuck off?’.