Premier League discovers it was all about money after all

TOP footballers who pretended to love the Premier League only really wanted its money, broken-hearted chairmen have discovered.

Foreign players who swore their devotion to English football have dumped it by text and disappeared to the Chinese Super League to flaunt their tattooed bodies for even more cash.

Premier League chairman Richard Scudamore said: “They told us it was forever.

“They told us that our vibrant football culture of golf, Nando’s, and baby Bentley racing on the M6 Toll was all they’d ever wanted. And now this.

“Yes, we lost players to La Liga, but we rationalised that by claiming the desire to play in the sunshine was pitiably parochial when Middlesbrough has so much to offer.

“At least we still have the love of our foreign club owners. They will never leave us.”

But Brazilian striker Alex Texeira, who chose Jiangsu Suning over Liverpool, said: “It is more about the opportunity to really immerse oneself in a different currency. 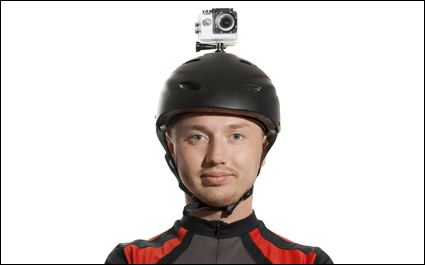 A CYCLIST with a helmet camera has vowed to bring justice to the roads in the uncompromising style of Judge Dredd, it has emerged.

Website designer Martin Bishop believes he has much in common with 2000AD comic’s fascist lawman, although he is more likely to argue sanctimoniously with wrongdoers than kill them.

Bishop said: “Much as Dredd enforces the law in Mega-City One with his motorbike and massive gun, I uphold the Highway Code by cycling round Tewkesbury with a little camera on my head.

“If someone fails to leave adequate space while overtaking, I’m not afraid to take the law into my own hands and pedal after them frantically, hoping they stop at a junction before I run out of puff.

“When I confront the motorist – or ‘perp’, as I call them – I dispense justice as I see fit. It could be a stern talking-to, waggling my finger or threatening to put the video on YouTube.

“I am the law. And not, as someone claimed yesterday, ‘a wanker’.”

Bishop admitted that upholding the law could be stressful, which was probably the cause of a recurring nightmare in which arch-enemy Judge Death cuts him up in a Fiat Uno.