CLAUDIO Ranieri has bid a fond farewell to the city of Leicester before riding into the sunset mounted on a unicorn.

Ranieri, who masterminded Leicester’s impossible Premier League title win, shook hands with the team and thanked them for their efforts before summoning his unicorn with a whistle and announcing it was time for him to go.

He then climbed atop the mythical creature and set off in the direction of the M1, pausing briefly to wave at his former players before riding into the rainbow that suddenly appeared in front of him.

Team captain Wes Morgan said: “He told us that he was sorry to leave us but that his work here was done. All he’s left behind are beautiful memories and a trail of glitter.”

Leicester City will now search for a new manager, while the town attempts to organise an emergency airlift of alcohol after running dangerously low on WKD. 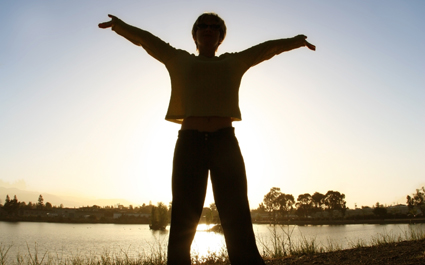 A SUNSHINE-INSPIRED attempt to do a social activity not involving the pub immediately died on its arse, it has emerged.

Feeling motivated by good weather, 25-year-old Tom Logan suggested to friend Wayne Hayes that they should do something perhaps involving walking or cycling.

He said: “Maybe later we could go up to that wood that we’re always talking about. It’s supposed to be a nice evening, we could go for some sort of a walk or do a sport type thing.”

Hayes responded warily: “Yeah. Could do.”

There followed a short awkward pause, similar to if Logan had unexpectedly attempted to kiss Hayes, before Logan admitted that it was a shit idea and they should just go to the pub.

“I mean I’d like to go to the moon, but it’s just not realistic. Because it hasn’t got a pub on it.”