Real Madrid pretending ‘Special One’ banner was made for Zidane

STAFF at Real Madrid are making out that a welcome party clearly intended for Jose Mourinho in fact applies to Zinedine Zidane.

There was an awkward atmosphere at Real’s headquarters as Zidane was greeted by a garish banner saying ‘Welcome back Special One’ and a buffet table of Portuguese delicacies. Meanwhile staff hurried to burst a series of balloons spelling Mourinho’s name.

Real secretary Jorge Olazabal said: “We all had to pretend that we’d always called Zidane the Special One and that the Portuguese custard tarts were tart au flan, but Zidane knew as soon as he tasted the cinnamon sprinkles.

Zinedine Zidane said: “My contract had another name on it that had been roughly scribbled out, also the last three zeros on the salary had a line drawn through them.

“I don’t feel like I’m in anyone’s shadow, although it would be nice if they could remove the giant framed picture of Mourinho lifting the Spanish league trophy that is currently above my desk.”

Britain in race against time to avoid bad luck 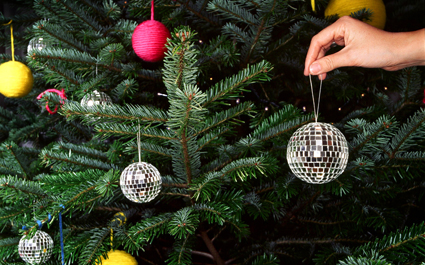 ANYONE with Christmas decorations still up tonight will probably die, experts have warned.

Britons with so much as a single bauble still visible at midnight are guaranteed to suffer a year of horrific bad luck for themselves and all their loved ones.

Professor Henry Brubaker of the Institute for Studies said: “No one knows why such a seemingly minor misdemeanour as forgetting to take down some tinsel should ruin your life while you can do a murder and still carry on as normal, but there it is.

“Last year a man foolishly left his Christmas tree up until the sixth of January. Soon after his dog was flattened by a falling mirror, his wife left him for his uncle and he lost both his feet in a freak landslide in the centre of Leeds.”

Travelling salesman Stephen Malley said: “I’m away on a work trip, leaving a small fake tree in my living room and cards on the mantelpiece.

“The neighbours don’t have a key so I’ve asked them to burn down my house, it’s the only way to be sure.”