THE Great North Run enjoyed its most successful year so far yesterday as record numbers of competitors managed to escape from Tyneside.

More than 50,000 made their way from the Tyne Bridge to the A1 as quickly as possible, with organisers claiming as many as 40 had reached Durham before nightfall.

Race founder Brendan Foster said: "There are few more awe-inspring sights in the world of international distance running than seeing thousands of dedicated people who would obviously rather die than spend another 10 seconds in Newcastle city centre."

The event, now in its 28th year, originated as a half marathon when two dozen students ran 13 miles in a desperate bid to evade a pack of drug-addled, unemployed youths after accidentally wandering into the city's Benwell housing estate.

It has since grown in popularity with many athletes claiming Newcastle's unremitting ghastliness gives them the ideal motivation to set record times.

Kenyan Martin Lel, who got furthest from the city in a time of four hours and 28 minutes, said: "When the starting pistol went off, about two dozen spectators pulled out their own guns and returned fire.

"After that it was the usual terrifying blur of hellish teeth and blotchy, mis-spelled tattoos."

The runners were cheered on by up to 30,000 local people, many of whom said they would have joined in if they thought it would not have disqualified them from incapacity benefit.

But despite the Great North Run being the biggest event of its kind in the world, physical exercise still remains the 127th most popular activity in Tyneside, coming in just behind 'laminating an otter'.

Clegg To Unveil Series Of Things That Will Never, Ever Happen 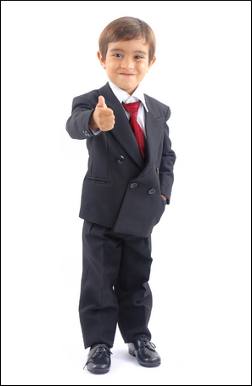 LIBERAL Democrat leader Nick Clegg will rally his party this week by outlining a series of things that are never, ever going to happen.

In his keynote speech to the party's annual conference Clegg will claim the Lib Dems will hold the balance of power after the next election, despite a stunningly comprehensive lack of evidence.

Julian Cook, professor of politics at Reading University, said: "We've reached that point in the year where you may see headlines such as 'Lib Dems to tax homes worth more than £1m' as if that's a thing that could happen, instead of what it actually is which is just some noises coming out of a hole at the front of Vince Cable's head.

"You may also see stories about Mr Clegg rejecting an alliance with David Cameron, because obviously when the Tories win the next election with a majority of at least 60 seats the very first thing Cameron is going to do is offer Nick Clegg the Foreign Office.

"Over the weekend you may even have noticed Mr Clegg abandoning his pledge to abolish student tuition fees and thought, 'oh dear, poor old students' before quickly correcting yourself and thinking 'oh, hang on, that doesn't make the slightest difference to anyone or anything. At all'.

"In fact he may as well have said that he is abandoning his pledge to make your balls the size of pomegranates or cover China in a gigantic, Paisley-patterned table cloth."

Professor Cook added: "The Liberal Democrats are actually very sweet. It's a bit like watching a child put on a pair of daddy's shoes, pick up his briefcase and clomp up and down the hallway pretending to be a 'businessyman'.

"Then, of course, everyone has to sit down and discuss 'plolicies' while eating invisible cake and drinking a small, plastic pot of imaginary tea."