SATURDAY’S football fixtures will go ahead after police agreed to issue every spectator with a riot shield and a stick.

Britain is set to have the largest standing militia in the world as football fans are given temporary powers to detain, question and perhaps give a bit of shoe behind a big wheelie bin.

Meanwhile pubs in suspected trouble spots will be given late licences to ensure a steady supply of thirst quenching cold dinks and keep the new ‘special constables’ in the right frame of mind.

Chief Inspector Roy Hobbs said: “We have millions of able-bodied men deploying themselves to major towns and cities of their own free will, so it makes sense to exploit their natural instincts and call it riot control.

“We’ll just tell them the rioters have said something rude about their goalkeeper, or whatever it is that normally gets them all worked up. And we’ll also tell them that they’re all Man United fans to give their baton swing that extra dash of brio.”

After the riots have been surpressed the police will ‘de-activate’ the football fans using mobile cafes selling valium-laced meat pies.

Carlisle United fan Wayne Hayes said: “We’re off down to Bury on Saturday and I can’t wait to have a few drinks, watch my beloved team face a tricky away game against the newly-promoted side, strap on my helmet and my shield and go absolutely fucking crackers in the town centre until three in the morning.

“It makes me proud to think I’ll be doing my bit to make Britain’s streets safe until the following Saturday when the police will be needed to protect everyone else from me again.

Britain reminded that Melanie Phillips is not well 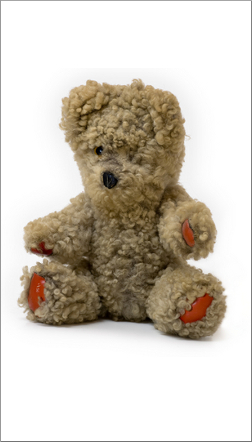 BRITAIN was last night urged to avoid the schoolboy error of thinking people like Melanie Phillips may have been right all along.

As millions of conversations were peppered with phrases like ‘clip round the ear’ and ‘Gatling gun’, experts reminded the nation that Ms Phillips spends much of her day screaming filth at an old, one-eyed teddy bear.

Professor Henry Brubaker, of the Institute for Studies, said: “Yes, we’re all feeling indignant, insecure and confused, but for Christ’s sake get a fucking grip.

“I know that in these circumstances it can be comforting to reach out to someone who seems so certain about causes and cures, but you are still supposed to actually think about it.”

He added: “Ms Phillips has decreed the looters all come from lone parent households where the parents are as bad as the children. And she’s not guessing because she does actually believe she can be in 4,000 living rooms at exactly the same time, like a manic, high-pitched Santa Claus, handing out Bible-based wisdom that nobody asked for.

“But it turns out the looters include a teaching assistant, a postman, a champion balloon bender with seven A-levels and perhaps not surprisingly, His Grace the Duke of Kent.

“Meanwhile many of these kids are less than two miles away from people who get multi-million pound bonuses for catastrophic failure and live in a culture where the material excess of people who are famous for nothing is rammed relentlessly into their faces by middle-brow tabloid newspapers.

“And of course later today the looters will be condemned in Parliament by a bunch of people who stole money by accident.

“But no, Carpetright is falling down because of abortion, civil partnerships, tax allowances, drug laws that never worked anyway and a rule that makes it slightly easier for two people who fucking hate each other to stop being married.

“We need to get the army in to rescue that teddy bear.”