MANCHESTER United’s Wayne Rooney flouted the first two rules of Fight Club by releasing a video of him being knocked out by Phil Bardsley.

A professional footballer by day, it has emerged that Rooney is a member of an anarchic underground boxing club by night, fighting in other members’ kitchens, motivated solely by the intoxicating joy of bloodlust.

Rooney’s cover was blown when a video emerged of the England international being knocked down by Stoke City’s Bardsley, which may prompt disciplinary action from both Manchester United and Fight Club.

A source close to Rooney said: “He’s embarrassed it was Bardsley. Someone of Wayne’s class should really be getting knocked out in John Terry’s conservatory.

“But even worse, if Fight Club get wind of this he may not be allowed to take part in Project Mayhem, and we all know how much Wayne likes to spread an anti-consumerist wave of destruction.”

A Fight Club spokesman said: “We’ve made it pretty clear. The first rule of Fight Club is you don’t talk about Fight Club. The second rule is you don’t get knocked out by journeyman Stoke City defenders.

“Actually those might be the first two rules of Manchester United.” 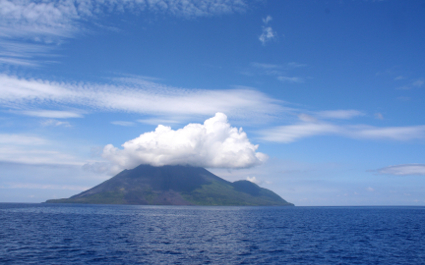 A NEW volcanic island has emerged from the Pacific Ocean that looks like Russian president Vladimir Putin.

The still-smoking mile-long island is facing towards the coast of nearby Tonga with an acquisitive smile playing across its cruel stone lips.

A Kremlin spokesman said: “Do islands not emerge spontaneously from the sea floor in the shape of your leaders’ faces? How odd.

“We weren’t going to claim this as Russian territory, but it now seems daft not to, given the resemblance.”

The island has already formed a naturally occurring military airstrip and several large caves where you could, if you wanted, park about 300 armoured personnel carriers.