Sam Allardyce disqualified from England job by wanting it

SAM Allardyce has been ruled out as England manager because he would actually like to do the job, the FA has confirmed.

The Sunderland manager, who has a track record of taking teams who are not as good as they think and making them better, has repulsed FA chiefs with his enthusiasm and keenness.

A spokesman said: “He actually wants the job? He wants to be England manager? What’s wrong with him?

“Oh dear me no. No, we’re looking for a foreign manager with an impressive CV who is ideally still employed and not in the least interested in the position, like Arsene Wenger.

“After that we’ll try someone high-profile but unemployed, like Frank de Boer, then Louis van Gaal and Guus Hiddink both have the recent record of failure and huge salaries we’re looking for.”

The spokesman added: “The priority has to be getting the rights results in qualification for the 2018 World Cup in Russia and 2022 in Qatar. We don’t want to go to either of those.” 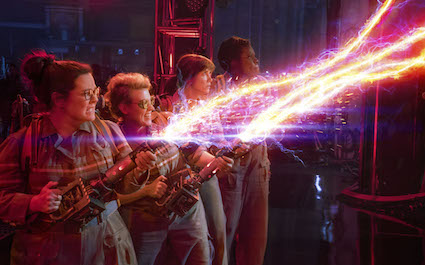 A MAN who fiercely opposes the all-female Ghostbusters reboot is unconcerned about a female prime minister.

Nathan Muir of Oxford, who has posted more than 450,000 online comments opposing the new Ghostbusters film, described the all-female candidate list to lead the country as “no biggie”.

He continued: “Whoever’s most qualified for the job should win, I suppose. They both seem fine.

“But I cannot believe people are actually planning to see the film with the most downvoted YouTube trailer of all time. Does the public’s voice mean nothing at all?

“Buying that ticket will have economic and social consequences that do not bear thinking about, and I don’t just mean a sequel.

“There’ll be an all-female Top Gun by the end of the decade. That’s what we face.”

Muir added: “Millions of childhood could be ruined forever if we make the wrong decision. There is no excuse for complacency.

“This Andrea woman if I had to pick one, I guess. Sure she’ll do a great job.”