Scotland to try not having a manager

SCOTLANDS national team will manage itself for a year to see if thats any better, it has been confirmed.

Craig Levein has departed as manager following a series of results consistent with a nation of congestive heart disease sufferers huddling for shelter just off the North Sea.

An SFA spokesman said: Were going to let whoever wants to play for Scotland just turn up and start kicking the ball. We’ll leave the correct number of shirts in a pile at Hampden Park for them to fight over.

“A coach driver will be instructed to pick up whoevers stood outside the stadium at the end of the day, and to take them to international matches.

This will save an awful lot of money  Scotlands managers need 24-hour bodyguard protection from the fans who see no connection between having bloody awful players and playing bloody awful football.

It also means we can try to entice more players to join the squad by loading up the managers seat in the dugout with white pudding and fags.

The spokesman said: This may result in the national side consisting of the countrys eleven most violent psychopaths, but at least it keeps them out of the stands and theres no possible way they can be worse than Kenny Miller. 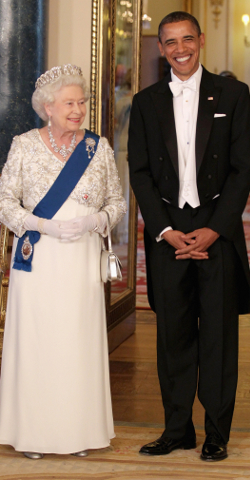 AFTER years of bitter political struggle, Barack Obama is secretly hoping he will lose the presidential election.

The wan and unenthusiastic president has been sabotaging his own campaign to avoid four more years of unbelievable stress, and appeared at a rally yesterday dancing in tight leather shorts with The Vengaboys.

He has announced plans to appoint OJ Simpson as vice president, affixed a ‘Worst President Ever’ sticker to Airforce One and described George Washington as a rampant homosexual with ‘the hair of a pervert’.

Speaking at a rally, he said: “Lenin is my favourite person, also I really like the Viet Cong’s tenacity in the face of capitalism.

“By the way, I am a vampire. The Oval Office is fully of tiny shrunken husks that look like prunes, they’re actually children that I’ve sucked dry.”

White House sources claim the president wants his wife and kids to think he’s still just about trying, but he has bought a camper van and ordered four pairs of casual khaki shorts from a catalogue.

The spiritually depleted president has also personally disarmed American’s nuclear arsenal and loaded the warheads into his car, ‘so that Romney can’t do too much damage’.

The president said: “As you get older, you just want to watch a natural disaster unfolding on television without having to stress about it.”

He also attacked former fan Angelina Jolie, who described his presidency as disappointing: “I suppose pushing through a complex universal healthcare bill in the face of huge opposition is equally as hard as running around firing pretend guns, saying ‘I’m Lara Croft’ while displaying a sweaty cleavage.

“Actually wait, no it fucking isn’t.”