RUGBY Union officials are frantically attempting to recall the sixth nation ahead of the RBS Six Nations Championship.

As the annual competition begins, the identity of the sixth team is continuing to elude organisers who have been going back through their inbox to try and work out who they usually invite.

“I’m not even totally sure it’s called Six Nations, that sounds more like a Tolkien book than a sporting event.”

The competition began as the Five Nations and was initially a war, but it segued seamlessly into a rugby union contest with the only discernible difference being an increase in mindless aggression.

Logan added: “I do remember the way it works is that two entrants from each of the 13 districts enter the arena, but only one leaves. And Donald Sutherland is there with a big beard.” 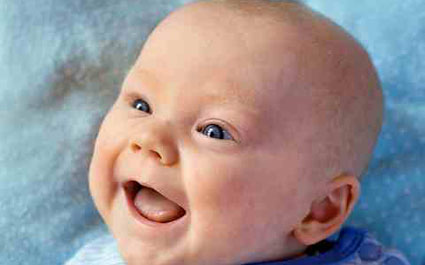 THE public has expressed total approval for genetically altered babies that do not need to shit.

Scientists admitted they already had made a prototype shitless baby called Robbie who expels waste matter in the form of odourless pods, which instead of coming out of his arse are removed via a hatch in his back.

Geneticist Mary Fish said: “Robbie is a normal, healthy child except nothing comes out of his backside. A couple of times a day you have to check his back for waste-pods which smell slightly of lavender and have a marble-like sheen which means they make appealing ornaments.

“Normally we get loads of hassle for trying to use science to stop people getting life-threatening diseases, but as soon as we made a baby that doesn’t do rank shits everyone started treating us like heroes.”

Mother-of-two Emma Bradford said: “I normally have a superstitious fear of scientists ‘playing God’ but I suppose it’s ok if it means not having my house smell like a farmyard.”