Team captain Smatta Fanishuk said: "The girls have worked on their in-line byuutobarg for four years, only to double skrnatarg as soon as the whistle was blown.

"But we are delighted for Rinsu. He has been skjording since he was old enough to strap on a pair of kraunterappartongs."

Asbjorn Aasgjaraaadbye was stripped of his gold after breaking the world record in Endurance Husky Freggling with an incredible average of 8.72 hounds per kilometre.

But depsite Aasgjaraaadbye-gate the organisers insist the games have got off to a strong start with large audiences attending the Women's Postjal Sulkvig 5000 and the much anticipated semi-final of donkeys on ice.

Brown Waits To See If Britain Is That Stupid 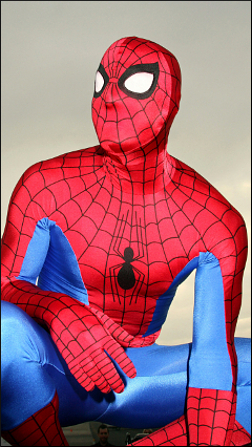 GORDON Brown was today waiting for opinion poll results that will reveal whether or not Britain really is that stupid.

Mr Brown and his advisers are on tenterhooks following last night's one hour party political broadcast on ITV where the prime minister talked openly about his love of smiling and the challenges of being a father, a husband and a superhero with the powers of a giant, radioactive spider.

But across Britain opinion was split. Bill McKay, an engineer from Grantham, said: "I had no idea he had lost the sight in one eye while playing rugby, that it changed him forever and gave him the courage and determination needed to be prime minister. No, sorry, come to think of it, I actually fucking did."

Emma Bradford, a housewife from Doncaster, said: "These sorts of interviews don't have much effect on me as I don't like to think of politicians as people. I find it helps to contain my murderous rage.

"But, of course, there is always the rampant possibility that the people of Britain are as cretinous as the people who run television. Oh and by the way Mr ITV, we only watch the fat-faced prick when there is nothing else on."

Margaret Gerving, a retired headmistress from Guildford, added: "I thought it was a fascinating insight into what makes Gordon Brown tick, though I did keep waiting for the fat-faced prick to ask him why he decided to fuck Britain right up the shitter."