Slovenian Banned For Life After Being Stabbed By Wayne Rooney

SLOVENIA'S Bostjan Cesar has been banned for life from football after allowing himself to be stabbed by Wayne Rooney.

The England striker knifed Cesar after he reached past him in the players' lounge for some peanuts. CCTV footage shows him nearly nudging Rooney, prompting the Utd player to go to his car for a Stanley knife.

"I know the police do a dead difficult job so I was made up when they arrested him for coming anywhere near me."

UEFA president Michel Platini said: "This is entirely consistent with our arbitrary decision making process. Tomorrow we may decide Cesar has to play six games wearing a top hat. It's all just one big adventure."

But the celebrations were tempered by news that Emile Heskey had been humanely destroyed. The striker struggled to make his way around the pitch before being shot by a qualified marksman and turned into Whiskas.

England fan Charlie Reeves, said: "Watching him stumble about the place, getting in people's way, it was horrible. Even the Slovenians thought it was cruel and they throw dogs off bridges and stuff, don't they?"

Now Try It With Ice Cubes In Your Mouth, Gaddafi Tells Brown 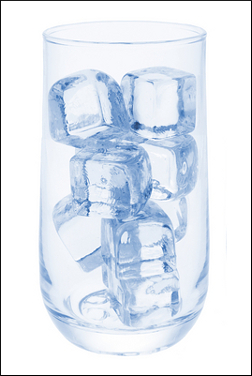 COLONEL Gaddafi last night told Gordon Brown that it felt really good, but maybe he could try it with a couple of ice cubes in his mouth.

As the government was forced into a reluctant u-turn on asking Libya to pay compensation for arming the IRA, Gadaffi looked down at the prime minister and gently caressing the top of his head.

The Libyan leader told Mr Brown: “This compensation thing is not really doing it for me, I’m afraid. But enough work chat. Did I mention this article I saw in Cosmo?

“You will need to fetch a few ice cubes and a cup of really hot coffee, but it’s supposed to be amazing. Hurry back.”

Downing Street last night repeated its strenuous denial that the release of the Lockerbie bomber was connected to business deals with Libya, but said the prime minister was unavailable for comment as he was currently suffering from a throat infection.

Gaddafi added: “Yes, that’s the stuff. Not too fast. Oh and by the way, I meant to tell you, it turns out we won’t be much help with the ‘war on terror’ thing.

“It seems that now everyone knows we’re seeing each other none of the terrorists are speaking to me anymore. Oh yeah, that’s it, work the tip. Work it.”

As the prime minister looked up, the Colonel said: “And when I’m ‘finished’ I want you take some of that lovely Libyan oil on the bedside table and rub it slowly into my bum.”