THE French sales manager racially abused by Chelsea fans has been signed by the club.

Souleymane S was invited to Stamford Bridge so the club could apologise, but was mistaken for a left-sided defender and given a four-year contract on £90,000 a week.

Chelsea chairman Bruce Buck said: “It’s club policy, if we see a Frenchman the wrong side of 30 who we feel we owe something to, to sign him automatically. Just ask Didier Drogba.

“Turns out he’s not played football for a decade, has no work permit and doesn’t want to live in England. It’s ended up looking more like a City signing.

“Though I am already getting angry calls from Arsene Wenger saying he’s been tracking him since the youth team, so that’s an option.” 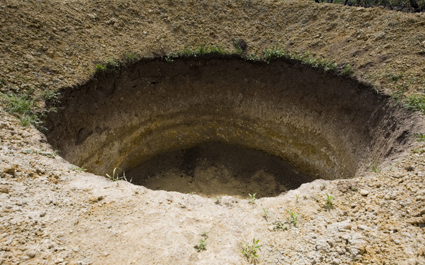 RESEARCHERS have discovered huge craters in Siberia that would be perfect for a rave.

Scientist Mary Fisher said: “These things are vast, and may be caused by underground gas explosions which are a deeply worrying new consequence of global warming.

“But putting that aside, you could get a really bad ass sound system and loads of ravers in each one.

“The acoustics would be mental and there are no neighbours to disturb on this vast icy peninsula.

“I would probably have minimal house and techno in the biggest crater, with smaller deep house and jungle craters, and a chill out crevasse.

“Everyone would get really mashed, they would be loving it.”