THE government has produced an official chart ranking sportspeople according to their level of heroism, to help fans perplexed by this years Euros, Olympics and Paralympics.

The move follows confusion among viewers who have spent three weeks believing Mo Farah was the greatest hero of the 21st century, only to be confronted by the amazingly inspirational qualities of Paralympian athletes.

Minister for Sport Hugh Robinson said: Our new easy-to-read chart will show everyone exactly which role models to be most disappointed by when they’re caught snorting cocaine by a Sunday newspaper.

Obviously top of the league are Paralympians, who are more heroic than a thousand Winston Churchills and make Jessica Ennis and her ilk look like endorsement-hungry glory whores.

“Whether they’re competing, buying washing up liquid from Londis or simply eating their tea, everything the Paralympians do is an incredible triumph of the will.

Next are the Olympians, who taught us all what true heroism was this summer – and apparently it’s excelling at an obscure physical discipline while not being paid much.

Below that we have people in sports like rugby, tennis or golf, who its true sometimes do earn a bit but can occasionally inspire us with their selfless dedication provided their events take place in Britain and are shown on the telly.

And finally, bottom of the list are the collected rapists, racists, and tweeters of Premier League football, who are most frequently seen outside burning homes throwing fistfuls of £20s onto the flames and laughing at the screams of those trapped inside.

England players will be granted biannual hate amnesties for World Cups and European Championships, following which they will resume their positions as the worst people ever to have lived.

When asked where soldiers serving in Afghanistan ranked on the chart, the minister pointed vaguely near the top, coughed, excused himself and fired a special advisor. 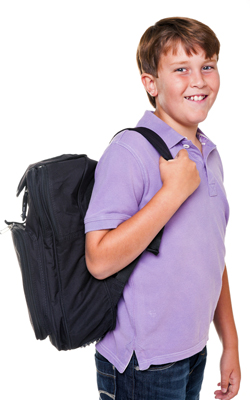 AN 11-year-old boy who is pretty good at maths and careful with money has been tipped as George Osbornes replacement.

Government insiders say the job will go to year seven pupil Tom Booker, who recently demonstrated his financial acumen by saving up his pocket money to get a Playstation game he really wanted instead of spending it on sweets.

A Westminster source said: David Cameron has come to accept that Britain needs someone better qualified than Osborne, and Tom knows what the square root of 64 is.

Tom also has much more experience of the real world than George, because he used to have a paper round.

Osborne had his last chance at last weeks crisis meeting, but when David Cameron glanced at his notes hed just drawn a horse.

As well as showing an inability to engage with complex economic issues, the legs were back-to-front.

Even at the age of 11, quite intelligent Bookers mathematical aptitude is believed to vastly exceed that of the soon-to-be-former Chancellor, who can only do calculations by using piles of folded towels.

Booker said: If no-ones got a job then no-one will have any money to buy stuff and no-one will be able to sell anything. Youd have to be gay not to know that.

If we dont improve the economy well all be like Liam Davis who comes to school in Asda trainers because his dad is unemployed, so everyone calls him pov and wees in his sports bag.

“Is this the kind of Britain we want to live in? Probably not, even if that is funny.”

Booker has already devised a radical neo-Keynesian strategy to stimulate growth and increase fluidity of money supply by getting everyone to tidy their bedroom for a thousand pounds a week.