Spurs to play next season online

TOTTENHAM Hotspur is to play all home games next  season on the internet while work on a new stadium is completed.

The club claims the move is in the interest of fans after other options, including breaking the team into four to play at four non-league grounds simultaneously, were rejected by the FA.

Chairman Daniel Levy said: “We need a convenient location with enough capacity for tens of thousands of supporters.

“We’re currently negotiating with Minecraft, World of Warcraft and EVE Online for a piece of virtual real estate big enough to accommodate all our matchday packages, from being there on the pitch with the players to a glitchy livestream.

“And because the web is rife with anti-Semitic nutjobs, the away fans will feel right at home.”

Manager Mauricio Pochettino added: “If anyone gets injured we’re levelling up Hugo Lloris so he can cast a healing spell.” 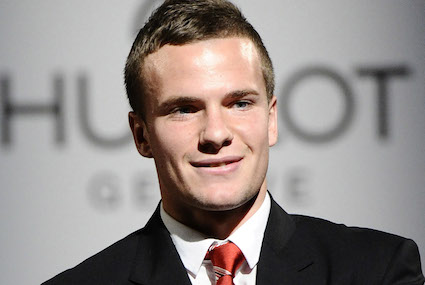 THAT Tom Cleverley is such a nice young man, according to your mum.

The footballer is the latest in a long line of actors, singers and fictional characters you have been unfavourably compared to, but appears to have really stuck.

Your mum said: “You don’t get picked for the Olympic team at 23 by playing silly computer games and eating crisps.

“Did you see him in that smart polo shirt he wore for the press conference? I wish you’d wear more shirts – and you should tuck them in, like that Tom Cleverley does.”

Joseph Turner, from Exeter, said: “According to my mum Tom Cleverley also takes his parents for Sunday lunch every weekend.

“I don’t understand how she knows who Tom Cleverley is.”