Stephen Hendry to go outside

SNOOKER legend Stephen Hendry has revealed plans to venture outdoors for the first time in his adult life.

The seven-time world champion was raised by umpires after being abandoned as a baby on the fire escape of a snooker hall.

Since then he used underground sewer tunnels to travel between match venues before finally retiring to a makeshift dwelling underneath a snooker table.

“The snooker authorities tell me I have earned my freedom. Now I may go beyond the doors, where I understand my winnings can be exchanged for clothes, food and even a house.”

Hendry admitted feeling a mixture of excitement and trepidation about his planned  venture into ‘Skyland’: “They say the sky is as blue as the blue ball and fields as green as the green ball. A floor not coated in a dull grey carpet but with a material called ‘stone’.

“I am especially interested to discover flowers, which I understand smell of something other than decades-old cigarette smoke.”

Keytars to be allowed in prisons 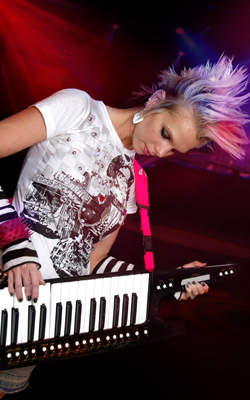 THE ban on musical instruments in prison does not include cool synths, it has been confirmed.

Chris Grayling MP, a former member of Ultravox, confirmed there is no ban on Moog synthesisers, keytars, drum machines or the theremin.

He said: “The majority of inmates are either violent offenders or people who feel they have been treated badly by society, so give them guitars and you get either predictable cock-rock or whining indie miserablism.

After almost six decades of jailhouse rock with no effect on rehabilitation were taking another approach.

Under new rules, prisoners forming synth-pop bands, rave collectives or embarking on the creation of epic ambient soundscapes may be allowed out on tour.

Pentonville inmate Tom Booker said: You cant walk down C-Block without hearing an innovative take on the Bronski Beat sound these days.

Every cell has one bloke banging on the bars and shouting while the other one stands silent and menacing in the shadows, just like the Pet Shop Boys.

We could do with some expert help, though  six lads have been blinded trying to learn Jean Michel Jarres laser harp  so Ive arranged for a mate on the outside to frame Vince Clarke for murder.