ENGLAND captain Steven Gerrard last night walked into the Amazon jungle on his own.

The midfielder, whose errors over the last few months have cost Liverpool the title and England the World Cup, disappeared into the darkness of the rainforest without a backwards look.

Teammate Daniel Sturridge said: “Stevie’s been talking a lot about the South American tradition of the Jaguar King, in which the previous leader is sacrificed at the end of his period of rule.

“He’s also saying that perhaps he would concede fewer tackles if he was entwined in snakes.”

Gerrard is expected to return before Tuesday’s game against Costa Rica, completely naked and painted in the garish colours of the green-winged macaw.

During his absence he will be replaced by his consort Alex Curran, who has already attracted worshippers because of her eternally golden skin. 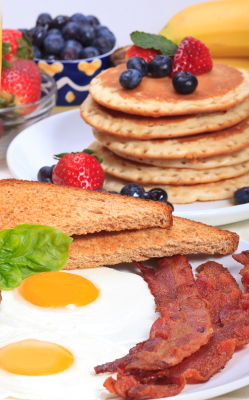 THE BBC is to introduce a new rolling 24-hour channel dedicated to breakfast TV.

Presented round the clock by Bill Turnbull and Louise Minchin from the couch in Salford, every item will begin with the words Good morning, its five past seven.

Set against the backdrop of a permanently rising sun, the show will consist entirely of light, breezy items such as a Colchester man who breeds wallabies in his back garden, an EastEnders star becoming a WestEnder by appearing in a new musical, or an outside broadcast from a vegetable show.

Head of BBC programming Tom Booker said, Our research showed that we have more viewers at breakfast time than at most other times, so we concluded that audience must want it to always be breakfast.

People slumped on the settee eating cornflakes in their pyjamas, insensible to the time of day, are licence payers too.

He added: On BBC All Day Breakfast, everyone always smiles, there will always be something inane but mildly diverting around the corner, and it will never be time to go to work.

Presenter Bill Turnbull insisted he was unfazed by the challenge of staying awake with a gentle twinkle in his eye for the rest of his life.

He said: For me, breakfast is paradise. I cannot bear to face lunchtime, evening, or worse, the hellish night with its slow, encroaching horrors.