THE All England Tennis Club has commissioned a special forces officer to terminate a match at Wimbledon after it went completely insane.

Captain Benjamin Willard has been told that his mission is to proceed past court number one, over Henman Hill and, when he finds the match, infiltrate it by whatever means available and terminate it with extreme prejudice.

All England secretary, Denys Finch-Hatton, said: “It’s out there operating without any decent restraint, totally beyond the pale of any acceptable human conduct.”

Willard, who had been dragged, hungover, from his bed and forced under a cold shower, admitted: “I was going to the worst place in the world and I didn’t even know it yet. Minutes away and yards up a gravel path that snaked through the All England Club like a mains circuit cable plugged straight into Isner v Mahut.”

Escorting Willard for the early part of his mission, senior club steward, Bill Kilgore, said: “Smell that? You smell that? Strawberries, son. Nothing else in the world smells like that.

“I love the smell of strawberries in the morning.

“You know, one time we had a hill bombed, for 12 hours. When it was all over, I walked up. We didn’t find one of ’em, not one stinkin’ dink body. The smell, you know that sweet, fruity smell, the whole hill. Smelled like… victory. Someday this match is gonna end.”

Willard revealed: “Everybody wanted me to do it, it most of all. I felt like it was up there, waiting for me to take the pain away. It just wanted to go out like a tennis match, standing up, not like some poor, wasted, rag-assed renegade.

“Even the BBC wanted it dead, and that’s who it really took its orders from anyway.”

Coming face to face with the 10 and a half hour match, Willard said: “They told me that you had gone totally insane, and that your methods were unsound. But I don’t see any method at all.”

Asked if he was an assassin, Willard replied he was a soldier, but the match dismissed his claims, insisting: “You’re neither. You’re an errand boy, sent by grocery clerks, to collect a bill.”

That Hitler Was German, Say Experts 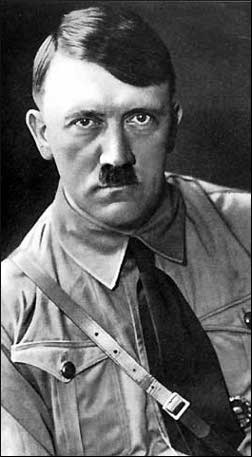 ADOLF Hitler was one of them Germans, experts claimed last night.

With England set to face Germany in the next round of the shinball World Cup, historians revealed that the Germans were all mass murderers and if they win they will probably come over here and kill everyone.

Julian Cook, professor of 20th Century history at Reading University, said: “Let’s not forget that they tried to kill your gran. And they blew up the old Vera Lynn Cinema when it was full of babies.

“I wouldn’t be surprised if it was the same Germans that beat Ghana. They live for hundreds of years you know. In fact I’m amazed the Germans were even willing to be on the same pitch as Africans given that they’re all such horrible racists.

“And that Hitler was awful wasn’t he? Going around saying all those nasty things and killing everyone.

“But that’s Germans for you. And Austrians. And Spaniards. And Italians. And obviously the French. And let’s not forget gypsies, homosexuals and Jews.”

Martin Bishop, an Audi driver from York, added: “Hitler. Eichmann. Goebbels. All that lot. I can’t wait for Steven Gerrard to punch Hitler in the face.

“I was so worked up last night I almost took a sledgehammer to my A4 estate, but then I decided against it what with it being such outstanding value for money.”

Meanwhile England coach Fabio Capello was vindicated by his decision to switch tactics and focus on getting the players drunk and hoping that the ball would ricochet off Jermain Defoe’s shin at exactly the right angle.

He said: “I am delight. This is players I know from past days before now. I tell them relax, get happy in head, then you will play good shinball.

“And John Terry play very good, though I tell him he can try and stop goal with other parts of body. It shinball not headball.”

Capello said the team was now brimming with confidence, but England’s hopes of making the quarter finals would depend on James Milner managing to hit the ball at Defoe’s magic shin before some Nazi bastard snaps it like a twig.