Tevez returns as 'Tevez the White'

MYSTICAL striker Carlos Tevez has made a miraculous return to Manchester City claiming to be a more powerful incarnation of his former self.

The enigmatic forward materialised outside the gates of the Carrington Complex  yesterday, wearing flowing blanched gowns and a white training cone as a hat.

The Argentinian then declared he was no longer ‘Tevez the Grey’ but ‘Tevez the White’ and requested his shirt be rebadged accordingly.

The previous incarnation of Tevez was last seen in October where it bravely sacrificed itself for its team mates by refusing to come on as a substitute against Bayern Munich.

Tevez was instructed by manager Roberto Mancini to stretch the opposition by playing Nasri in from the wing but  responded by bellowing ‘I cannot pass!’ before falling into shadow.

A club spokesman said: “Down and down he fell until not even Paris St Germain would take him.

“He was then rescued by the agent Kia Joorabchain who told him the secrets of the ancient ways and then advised him to bleach his tracksuit.”

The return of Tevez is likely to upset fellow striker Mario Balotelli who attempted to become a wizard last year by dyeing his hair bright yellow and letting off fireworks in his house.

Adele promises to be dumped by Christmas 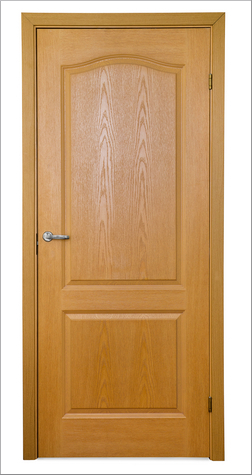 GRAMMY-magnet dinner party wailer Adele has vowed that her current boyfriend will soon be song-inspiringly awful to her.

After announcing a five-year career break to ponder her baffling popularity, the singer was inundated with messages from distraught thirty-something women desperate for new songs to whine along to at 2am into the neck of an empty bottle of Pinot Grigio.

Now agent Nikki Hollis has struck a deal for Adele’s new boyfriend to begin treating her no good before the end of the month alongside a structured programme of being asked why he do her wrong.

A separation to allow Adele to think ’bout all the good times will be in place by June, allowing her to be stoically philosophical about the relationship by September and in the recording studio the following month to ensure a pre-Christmas album release.

Adele said: “While we’re currently very happy, my man will shortly walk out on me doing something that rhymes with ‘baby’ or ‘goodbye’.

“Meanwhile we have hand-picked a series of girls that my friends will say they saw him with and I’m going to spend the summer wondering why he told me so, so many lies.

“If anyone has any doubts as to which way this is going, I would remind them I have spent the last six months scouring online dating dates for a man called Brian Partbrake.”

Hollis has been the music industry’s foremost song-inspiring event engineer since 1997 when she introduced the Verve’s Richard Ashcroft to homeopathy.