A TINY terracotta urn was last night coming to terms with the appalling prospect of having to go back to England.

As the English cricket team sealed a convincing win over Australia in the fourth test, a single tear was spotted running down the polished surface of the inconsolable Ashes trophy.

A source close to the urn said: “He’s devastated. He’s always hated England, but every time he’s had to go there he knew it wouldn’t be for very long.

“We’ve had to remove his tiny belt.”

The urn had been expecting to spend the rest of its life in Australia and had even put down a deposit on a very, very small flat in a prestigious development overlooking Sydney Harbour.

But last night the 128 year-old trophy had fixed itself to the coffee table in its Melbourne hotel room using a little rubber suction cup and was demanding to speak to Australian prime minister Julia Gillard.

The source added: “He wants to ask her for political asylum on the basis that England is shit.”

Team captain Andrew Strauss and selectors’ chairman Geoff Miller are scheduled to have a long talk with the urn later today before just having at it with a crowbar.

A spokesman for the ECB said: “We’ve come up with a deal whereby the urn will spend no more than six weeks in England, staying in really nice country house hotels with either Emma Watson or Carey Mulligan and will then spend the rest of the year in the Dordogne but will wear a tiny little t-shirt with a St George’s Cross on it.”

Meanwhile Australians are today facing up to the harsh reality that if they are no longer any good at sport they may be forced to develop some sort of culture. 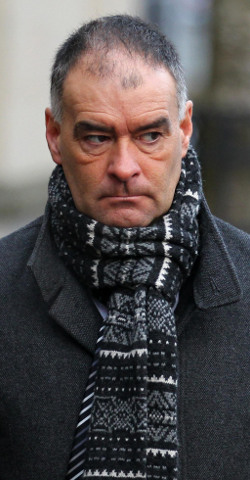 TOMMY Sheridan was today facing the prospect of endless three-in-a-bed sex sessions with a variety of eager new friends.

The socialist fire engine was found guilty of perjury after going to swingers clubs, humping anything that moved, telling a lot of people who hated his guts exactly what he had done and then denying it with his angry, left-wing face.

In 2006 Sheridan won Â£200,000 in libel damages from the News of the World after the jury in that case spent long periods listening to their iPods at full blast and just pretending to look like they were paying attention.

But yesterday jurors in Glasgow took just under eight seconds to convict the former leader of the Scottish Socialist party, mainly because they had been listening the whole time.

Tom Logan, professor of law at Reading University, said: “The case centred on the disputed authenticity of Mr Sheridan’s voice on a tape. So, in conducting his own defence, it was maybe not a good idea to spend four hours a day for two and a half months helping the jury become world class experts at recognising that voice.”

Sheridan, who will be sentenced in January, said he was proud to have taken on the might of News International, armed with nothing but dozens of brave lies and a truly courageous amount of sleazy adultery.

The bright orange former Big Brother contestant has been a fierce critic of News International, particularly when he was a columnist for the Mirror Group, the newspaper company owned by banks and pension funds that make Rupert Murdoch look like Mahatma Ghandi’s lovely old mum.

But now the guilty verdict has shattered his plans to return triumphantly to his utterly insignificant political career in which he made not the slightest difference to anything.

Bill McKay, chief bitch on the perjurers’ wing, said: “I don’t want to disappoint him so I shall be practising like mad over the next few weeks.

“I imagine this is how an amateur golfer must feel when they’re offered the chance to play 18 holes with Ian Woosnam.”