Torres asked if he has any other skills

FERNANDO Torres has been asked how many words per minute he can type.

The £50m striker has yet to score for Chelsea and owner Roman Abramovich is hoping to recoup the fee by having the inaccurate Spaniard work in the back office during the week.

A vacancy has just arisen as Nikki Hollis goes on six months maternity leave which the club insists has absolutely nothing to do with John Terry’s semen.

A spokesman said: “He should have paid for himself by August 5418.”

Torres has been placed in Chelsea’s data entry section, which logs violent offences committed by season ticket holders, but has so far failed to strike up an effective partnership with filing assistant Margaret Gerving.

Gerving said: “He gets himself into the right position – Nikki’s desk next to Mr Cole’s gun rack – but at the vital moment he’ll just shank the file right over the desk and into the kitchen.

“Most days last week we just told him to go home early.”

Unless his clerical skills improve, Torres could be transferred to the Stamford Bridge security staff alongside former shorthand typist, Winston Bogarde.

But head security officer Roy Hobbs said “Part of our role is to stop fans attacking players they’ve taken a sudden but entirely typical dislike to.

“So in effect Fernando would be expected to shield his own car while he was inside it.”

Most Britons think they're better than most other Britons 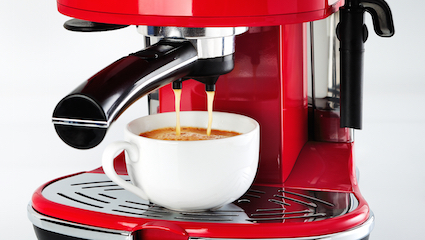 THE majority of UK citizens now look down on almost everyone else in the country, according to a new report.

The Institute for Studies found that seven in 10 people believe themselves to be superior on the basis of wealth, taste or body odour.

“I have a coffee machine, a smart phone and enjoy weekly family trips to TGI Fridays or a cultural equivalent. Who would like to fondle me?”

Social worker Stephen Malley said: “Other people are obsessed with buying things like coffee machines. But they don’t know how to work them properly, like I do, and so their coffee comes out all wrong. Although that’s probably how they like it, because they don’t know any better.

“I’m not a snob but I do think everyone else could try a bit harder. For example by forsaking American restaurant franchises for Pizza Express. Truly, it is the ultimate badge of civilisation.”

Professor Henry Brubaker of the Institute for Studies said: “Social factors like large televisions becoming cheaper have made it much easier for many of us to feel like we’ve really made something of ourselves.

“Of course when I say ‘we’ I don’t include myself. I’m a professor, for fuck’s sake.”