Twenty per cent of UK workforce on loan from Chelsea FC 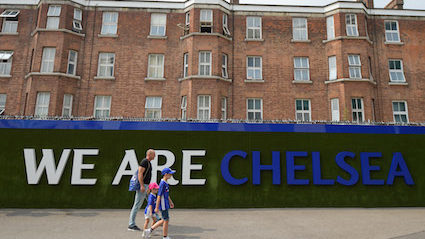 ONE in five British workers are on loan to their current job from Chelsea FC, it has emerged.

A Chelsea source said: “David Luiz made the press, but 428,999 of the other 429,000 deals we did on deadline day were immediately loaned back to employers ranging from bulk waste collection to publishing houses.

“Apart from an increase in salary to around £30,000 a week, most people find that signing for Chelsea doesn’t interfere with their daily routine at all.”

The signings, made to forestall interest from rival clubs, typically have the bulk of their wages paid by Chelsea with employers from Subway to KPMG making up the remaining 0.0005 per cent.

Julian Cooke said: “It was a real surprise when I got a call from Antonio Conte on transfer deadline day telling me I unfortunately didn’t feature in his plans this season.

“In all honesty I hadn’t expected to make the starting 11, mostly because I’m an accountant living in Devon, but I reckon I could’ve done a job in the League Cup.”

Parents now counting down every millisecond until child returns to school 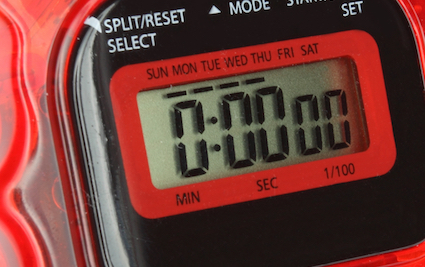 THE parents of an nine-year-old are spending the last weekend of the summer holidays watching a digital clock count down to 9am on Monday.

Tom and Clare Logan mounted the clock on the wall on Friday July 22nd and have spent most of the last six weeks, while not playing some interminable game, staring while it counts down to zero.

Clare said: “Of course, it’s been wonderful having little James at home and we’ll miss him when he’s gone. I can’t wait to start.

“We haven’t got any real plans for Monday. Tom’s booked the day off work, there’s a case of prosecco in and about 20 or so other parents are coming round, but mostly the house will feel so empty without his childish screams of rage.

“Needless to say we savour every one of the 3,628,800 seconds we spend with our son. Sometimes it seems longer.

“Still, he has to go to school or we’d be sent to prison. Which we’ve considered.”