Following claims Bolt described the games as “a bit shit”, organisers said the athlete was fucked unless he could run across the sea.

A games spokesman said: “He’s proving difficult to catch but sooner or later he’ll have to show up at an airport.

“At which point Mr Bolt will be invited into the back of a van and taken to a flat-roofed pub on a big estate.

“There he will be given an opportunity to share his thoughts on the games, and Scotland in general, with our specially-appointed feedback committee of Stewie, Big Barry and Fuckface.

“They are always interested to meet cocky, loud-mouthed visitors in tight shorts.” 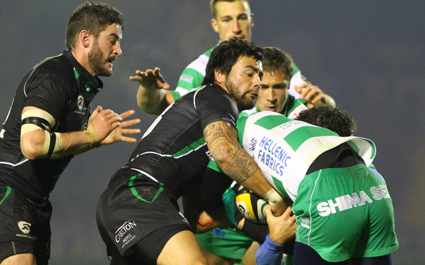 PIONEERING rugby league players may break with 119 years of tradition to avoid tackles instead of running straight into them.

Since the game was invented in 1895, every single player coming into possession of the ball has run directly into their nearest opponent.

Rugby league player Stephen Malley said: My father and his father before him always ran straight into the opposition player for their whole lives, and it never hurt them. Well, not permanently.

But what if instead of hurtling directly at a 16 stone man, I tried to run around him? Wouldnt that maybe assist my bid to reach the try line?

Of course in the cold light of day I never go through with it. I just run into the arms of an opponent, get roughed up a bit and pass the ball back through my legs.

Maybe there are just some questions that us mortals will never know the answer to, such as why a drop goal is only worth one point and where St Helens is.