Usain Bolt To Take Your Job By Next Year

SPRINTER Usain Bolt has indicated his intention to do your job much,
much better than you ever could after first breaking every athletics
record in the world.

The runner plans to undergo a complete sex change before Christmas to dominate female athletics before setting his sights on your flagging career sometime in February.

Britain will then become a Usain Bolt-based economy by 2014, with 80% of the jobs being not only carried out by the Jamaican, but done so with a marked increase in efficiency and insouciant charm.

During initial training he has already exceeded your Excel and Word capability tests, and demonstrated he can construct a 32 slide PowerPoint presentation on information automation integration solutions in under 9.4 seconds.

Bolt’s agent, Jullian Cook, said: “In his first week he’ll have bought everybody muffins, remembered the names of their awful kids and erased the memory of you ever having existed.

“It’s going to be like Trading Places, but a version where Eddie Murphy starts out incredibly rich and successful and then becomes more so while Dan Ackroyd eventualy throws himself off the Sears Tower.”

Bolt said: “Some scientists have said I can’t possibly be in every office in Britain replying to emails and chairing meetings simultaneously. But since I took over the position of every university’s professor of theoretical physics I’ve managed to produce a Grand Unified Theory Of Bolt.

“It explains not only how I can be everywhere at once, but also how I can look like I’m half-asleep while I’m doing it.”

Reader Offer: Want To Be Injured At Work? 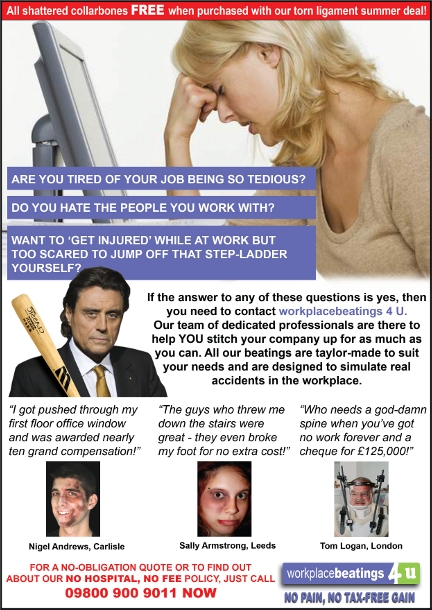