THE Chinese government has warned the people of Liverpool that it will not tolerate the theft of its property once it buys the local football club.

Under the takeover deal Anfield and the surrounding five square miles will become Chinese sovereign territory and subject to the rule of Beijing’s iron fist.

A Chinese government spokesman said: “Your proud football production plant will become an ornament of our republic.

“We will increase efficiency through tightly controlled rations and a programme of incentives including not being beaten with a length of bamboo or thrown into a snake pit.

“And our new comrades would do well to remember that while all property is theft, the theft of property will result in you being shot in the back of the head and your family being sent a bill for the bullet.”

The spokesman added: “We feel confident that the most effective football playing units will show solidarity with the new regime. Also Mr Gerrard and Mr Torres will find it difficult to move to another club when their ankes are chained to a broken lavatory in a tiny concrete room.”

Meanwhile Stephen Gerrard’s wife Alex has already invested in a range of
high-necked dresses and chopsticks for her hair and hopes to win favour
with her ruthless new masters with a delicate rendition of the Flower Drum Song.

But experts said that while many Liverpudlians would regard summary execution as ‘harsh’, in general the takeover would have little practical effect on a city that is used to being run by demented communists.

Dr Tom Logan, from one of those Liverpool universities, said: “Being run by the Chinese could be the best thing that has ever happened to this city. Liverpool could become the new Hong Kong, but without any businesses or people with jobs.”

Andre 3000 To Run For President Of Funkadonia 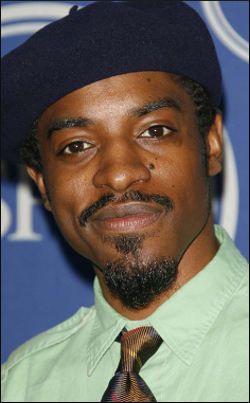 OUTKAST sex hurricane AndrÃ© ‘3000’ Benjamin has launched a bid to become President of the People’s Funkpublic of Funkadonia.

3000 said he wanted to reverse the effects of sitting president Herbie Hancock’s attempt to move the country towards a smooth, jazz-fusion kind of groove.

He added: “We got to funk this shit up and get things popping. You need to get with my luscious values, my baby suga dolls.

“Let me spell some shit out for you – You are going to love me and I am going to make your lives so creamy sweet.

“There will be peace, prosperity and a blast of shit-hot funk coming down the pipe for all my groovy honey babies.”

For the last four years 3000 has been a leading member of Funkadonia’s legislature, the Parliament of Funkadelic, where he introduced a landmark bill to shake it like a Polaroid picture.

The campaign ‘3000 2012’ will be managed by his ultra-funky business associate Fonzworth Bentley, while there is already speculation over who he will choose as his running mate with many supporters urging him to pick Chaka Khan, the first female mayor of Funkytown.

Funkadonian political analyst, Julian Cook, said: “3000 is regarded very much as a modernist but with strong traditionalist roots who is very comfortable referring to the sleeve notes of Free Your Mind and Your Ass Will Follow or Standing on the Verge of Getting it On.

“A 3000-Chaka ticket would appeal to not only the Earth, Wind and Fire middle class, but some of the less militant elements of the P-Funk dominated trade unions.”

He added: “No-one is doubting his ability to get this joint funking, but the ultimate test is whether or not voters can picture him coming down the steps of Funkforce One while the Band of the Funk-Marines plays Hail to the Funk.”