A WOMAN is suffering the alien sensation of claiming to be very proud of a national team she is actually very, very angry with.

Susan Traherne is outwardly congratulating the England women’s team for their brave semi-final loss, but is inwardly bloody furious with the inept losers for letting her down.

She said: “I feel that they’re inspirational, that they’ve done a superb job of promoting the game, and that each and every one of them is a disgrace not fit to wear the f*cking shirt.

“Seriously, how hard is it to score a penalty? My nine-year-old niece could do it. But these buffoons are paid thousands a year and Steph Houghton blasts it straight down the middle?

“I’m putting a brave face on it and saying the girls did their best, nothing to be ashamed of, all that crap, but really I think they should be met by an angry mob at the airport and hang their heads in shame.

“Is this what it’s like supporting England? No wonder my husband spends every other summer numbing himself with drink.”

The five stages of accepting Boris Johnson will be prime minister 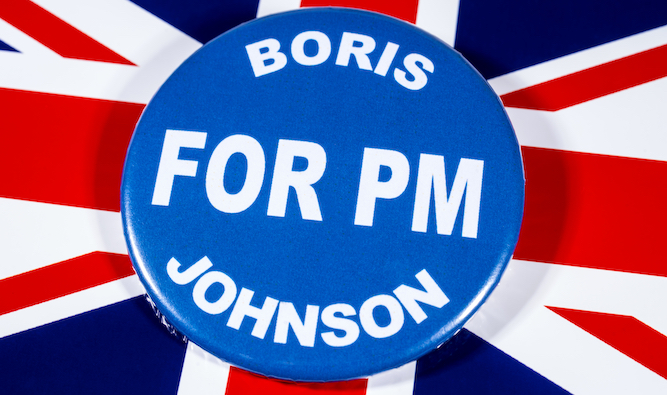 THE UK is slowly coming to terms with the fact that Boris Johnson will be our next prime minister – but how far along are you in the process?

Are you still hoping that Boris’s girlfriend will emerge from the secure location she’s being held in with tapes of him calling Brexit ‘a load of bullsh*t for thick kn*bheads’? Do you actually believe Tory members care when he’s caught lying? You are still in stage one.

Have you found yourself lashing out at friends, family or your son’s primary school teacher on flimsy pretexts? Do tiny things, for example the use of two spaces after a full stop, make you explode with rage? Were you found punching a haystack and calling it an ‘entitled posh tw*t’? You are in stage two.

If you’re saying things like ‘Actually it’s good it’ll be Boris because it’ll get it out of the Tories’ system and anyway he’ll have to call an election and he’ll lose so he won’t even be prime minister and a hung parliament will call a second referendum’ then you are stuck in stage three.

Unable to get out of bed, because soon Boris Johnson will be leading the country? Can’t open the curtains because what’s the point with that tw*t in Downing Street? Eating peanut butter from the jar because why not, we’re all doomed? You’ve reached stage four.

Are you calm about the prospect of Johnson gifting Trump Scotland to win his favour in a trade deal? Saying things like ‘Perhaps it’ll be great to be a tiny tax haven?’ Preparing for our new prime minister by converting all your liquid assets to Bitcoin? Congratulations. You’re at stage five.