THE final of the World Cup in Qatar has been disastrously scheduled on the same day as the cut-off date for Amazon orders.

Viewing figures on 18th December 2022 will be cut by half as spectators, both worldwide and in the stadium, frantically fill their online shopping baskets with last-minute gifts.

FA chairman Greg Dyke said: “This is a fiasco.

“The Qataris know nothing of Christmas and our sacred traditions, like spending the entire evening clicking around online retailers on the last viable date we can do so.

“There is a very real danger that presents will be even more ill-chosen than usual with the World Cup on in the background instead of the far more ignorable Strictly final.

“And what about the England team, not known for their thoughtfulness in buying gifts early?

“I know, I know, the chance they’ll still be in the competition is tiny, but nothing else about this World Cup makes any sense so why not?”

The Qatari authorities have responded to the criticism by promising a cupful of diamonds to every man, woman and child in Britain.

Germany and Greece told to 'get a war' 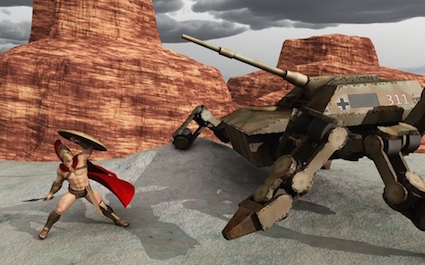 GERMANY and Greece have been told to stop flirting and get on with the war they both desperately desire.

The rest of the EU is sick of the two countries tiptoeing around their obvious violent attraction to each other and has ordered them to quit talking about it and just do it.

Jean-Claude Juncker said: “Every summit it’s like ‘Greece said it wants war reparations, what do you think it means?’ and ‘Has Germany been talking about our economic reforms again?’.”

Meanwhile, protests have been lodged by surrounding countries who do not want to have to listen to Greece and Germany going at it hammer and tongs for weeks on end.

German chancellor Angela Merkel said: “Us? With Greece? No way is that going to happen.

“Unless you think they would be into it?”