A 10-YEAR-OLD football fan has grudgingly hung a poster of James Milner on his wall.

Manchester City fan Wayne Hayes audibly sighed as he removed a glossy A3 image of Mario Balotelli and applied Blu-Tac to a picture of Milners inexpressive face.

Hayes then began preparing an essay for school on what he wants to be when he grows up, making laboured, half-hearted assertions that hed like to follow in Milners footsteps.

Hayes said: He plays for Man City and England, so I suppose hes my hero.

I probably should see if I can get him to autograph something for me or ruffle my hair good-naturedly.

If I could have a commendable, solid career like Milners I would be very happy, I guess.

Although his face remained motionless, Milner insisted that he was deeply moved by Hayes newfound, resigned adulation.

He said: Its nice to be seen as a role model. If I were capable of it, Id give a little bashful smile.

Bale to return as Megabatman 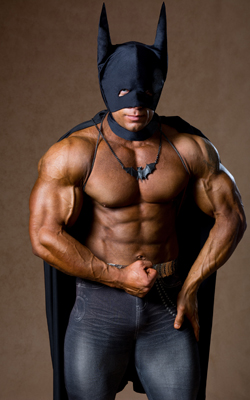 Turns into a bat rather than just liking bats

Although similar in appearance to Batman, Megabatman is superior in all respects, including being taller, better at fighting and a more stimulating conversationalist.

The character will appear in the film Megabatman Begins, written and directed by Bale, which will also feature the original Batman being mocked, outwitted and beaten up by Megabatman.

Bale said: This is absolutely nothing to do with me being jealous of Ben Affleck, because in comparison to Megabatman, Batman is toss.

In the new film I play billionaire Christopher Vale who is better at business than Bruce Wayne and much richer. My alter ego comes about because Batman is now totally past it and spends his time picking up litter.

Unfortunately Batman is  understandably – jealous of Megabatman and attacks him, leaving Megabatman with no choice but to smash his stupid fucking Batface in, which happens 23 times during the movie.

Batman also suffers from premature ejaculation, which is a source of frustration in his relationship with Catwoman, who wisely chooses to dump him in favour of Megabatman.

Bale said he had created a new vehicle for Megabatman, a giant flying tank that can go into space, while the original Batman would now travel in a beige 1983 Mini Metro.